Even where offered, undergraduate physics typically labs rely on dusty, centuries-old experiments to teach students. But since 2010, the Advanced Laboratory Physics Association (ALPhA) has mentored physics faculty in its Immersion program, teaching cutting-edge experiments that professors can take back to classrooms. Now, with a new private endowment, the program can grow and thrive for years to come.

Classic experiments, like the Millikan Oil Drop or the Cavendish Torsion Balance, have been making the rounds in undergraduate classrooms for decades. They’re staples, but they often don’t take advantage of the incredible advances made in physics experimentation in recent years.

ALPhA aims to solve this. In its multi-day Immersions program, faculty members learn, and learn to teach, modern lab experiments using the latest gear, from holography and optical interferometry to high Tc superconductivity and graphene—all alongside experienced mentors.

“For someone to learn to teach an experiment takes a lot of time, so the Immersions program is intended to help with that,” said Lowell McCann, physics professor at the University of Wisconsin-River Falls and Immersions program organizer. “We want people at the end of two and a half days to have the confidence to set up the experiment and be able to teach it.”

So far, the program has been a success: 630 participants have enrolled since its inception (in each course, half the participants are repeat enrollees and half are new).

“That works out to 281 institutions of higher learning,” said McCann, “which means we’re impacting something like 35% of the physics departments in the United States.” Better still, nearly 40% of surveyed participants say they implemented lab experiments based on the program within a year and a half of attending it. Now, some of the program courses have waiting lists. 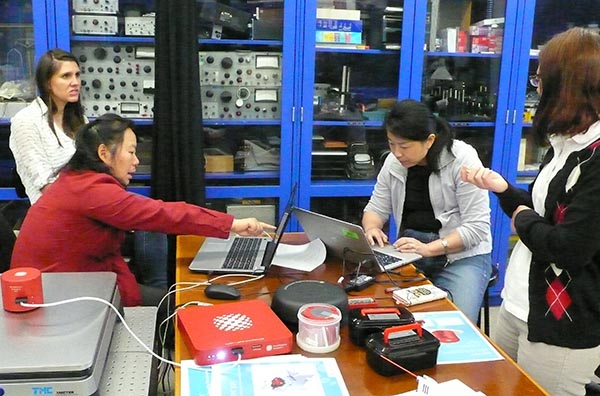 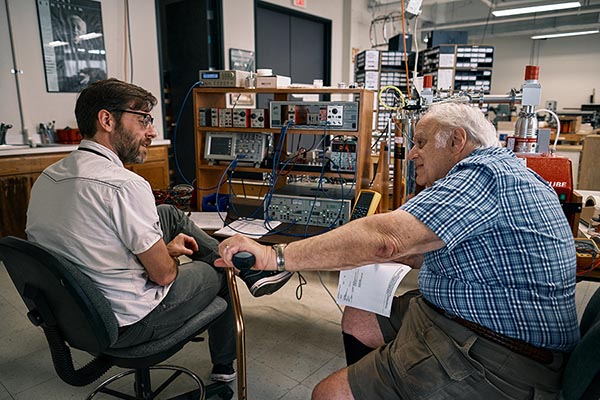 Physics faculty attend ALPhA Immersions sessions to learn from mentors about modern instructional lab experiments and how to teach them.

ALPhA Immersions was first funded by the National Science Foundation, but those coffers are drying up. To fill the gap, the Jonathan Reichert Foundation—also an early supporter of the program—found sponsors for an endowment that would support the program in perpetuity.

The Foundation met its funding target in August 2021, with a $200,000 gift from the Synopsys Corporation in California, a $200,000 match from the Reichert Foundation, a $51,000 personal contribution from Jonathan Reichert (Teachspin Inc.), and $69,000 in other contributions. Today, with funds topping $520,000, the Immersions program can thrive permanently.

The endowment is a relief for Gabe Spalding, professor of physics at Illinois Wesleyan University and vice president of the Foundation. “[There has] been a long, slow decay in the national investment in educational infrastructure,” he said. “And there are a number of institutions that just have not valued laboratory instruction. There’s this attitude that students will pick it up through research, but there is no replacement for a foundational curriculum.” As a result, the Immersions Program offers a vital resource.

The funding is also an example of a successful partnership with industry—in this case, Synopsys. After all, most physics majors will enter the private sector, so companies benefit when education is robust.

“I believe this is a first for the physics community—namely, a privately raised endowment to fund physics education,” said APS Fellow Jonathan Reichert, who with his wife has also sponsored the APS Jonathan F. Reichert and Barbara Wolff-Reichert Award for Excellence in Advanced Laboratory Instruction.

Reichert said he knew of successful programs forced to end when NSF funding ran out. Private partnerships, like that of this ALPhA Immersions program, are “a way forward,” he said. “This endowment could become a model for future successful education programs.”