US Monitoring of Methane Emissions is Falling Short, Report from APS, Optica Finds 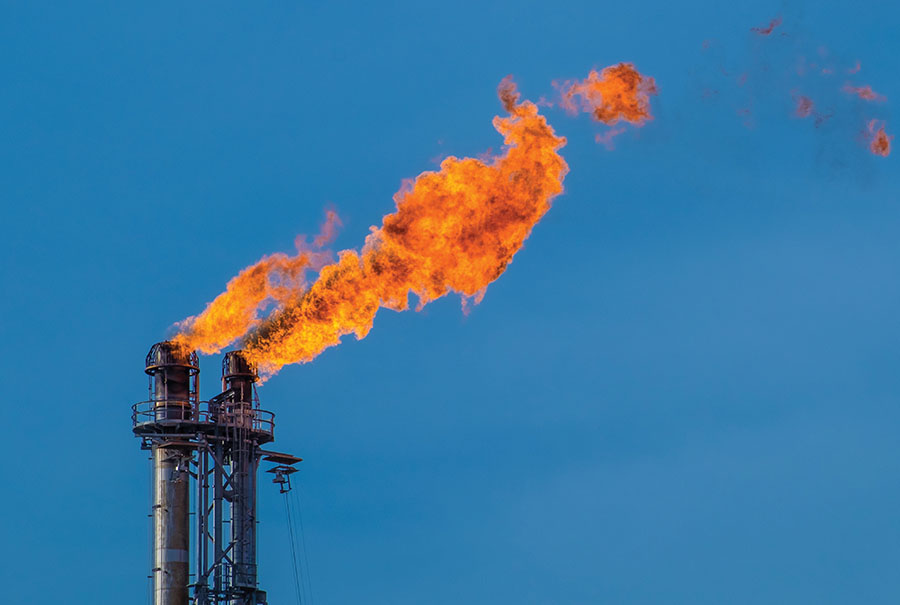 Gas burns from a flare stack at a petroleum refinery in Port Arthur, Texas.

The United States is not effectively monitoring methane emissions from oil and gas operations, but the federal government could take specific actions to remedy the situation, according to a new joint report by the American Physical Society (APS) Panel on Public Affairs and Optica (formerly OSA), Advancing Optics and Photonics Worldwide.

“Current methane monitoring under-estimates emissions from oil and gas by several times what it should be, and in order to fulfill any pledge to address climate change, the United States would need to consider a wide range of options to address the issue,” said William Collins, co-chair of the report, professor-in-residence at UC-Berkeley, and Director of the Climate and Ecosystem Sciences Division at Lawrence Berkeley National Laboratory.

“Developing methods for accurately measuring methane emissions is a global challenge. The Optica and APS communities are well-positioned to solve this challenge and enable the success of future monitoring efforts,” said Michelle Bailey, an author of the report, Research Chemist at the National Institute of Standards and Technology, and member of the Optica Public Affairs Council.

The atmospheric concentration of methane has more than doubled since the start of the Industrial Revolution. Colorless, odorless, and flammable, methane is the second most abundant greenhouse gas generated by human activities, and its 100-year global warming potential is more than 30 times greater than carbon dioxide’s. Because methane remains in the atmosphere for about a decade—compared to centuries for carbon dioxide—actions taken today would have a significant positive impact in the short term.

The APS-Optica report assesses the current state of monitoring US methane emissions from oil and gas operations, which account for roughly 30% of US human-caused methane emissions. It also offers recommendations to inform investments in research to improve the nation’s detection capabilities and strengthen monitoring policies throughout the US. APS and Optica partnered on the study for more than a year, leveraging their scientific communities’ expertise in remote sensing, modeling, and monitoring of greenhouse gasses from a variety of space-, air-, and land-based platforms. The report’s authors include experts from several national laboratories and universities. Independent experts also reviewed the study before its publication.

The study concludes that the US is not effectively monitoring methane emissions, in part because there are no calibration standards that would enable the comparison of methane emissions data collected from different technologies. The report’s authors also maintain that a large portion of the total emitted methane from oil and gas operations originates from a small number of sources, including leaks. Quickly identifying and mitigating large leaks could potentially reduce the costs of producing oil and gas while significantly reducing emissions. For methane emission regulation to be most effective, it should target the small portion of leaks that are major emitters, the report states.

Among the recommendations, APS and Optica identified two crucial first steps toward addressing climate change. The organizations urge the federal government to: