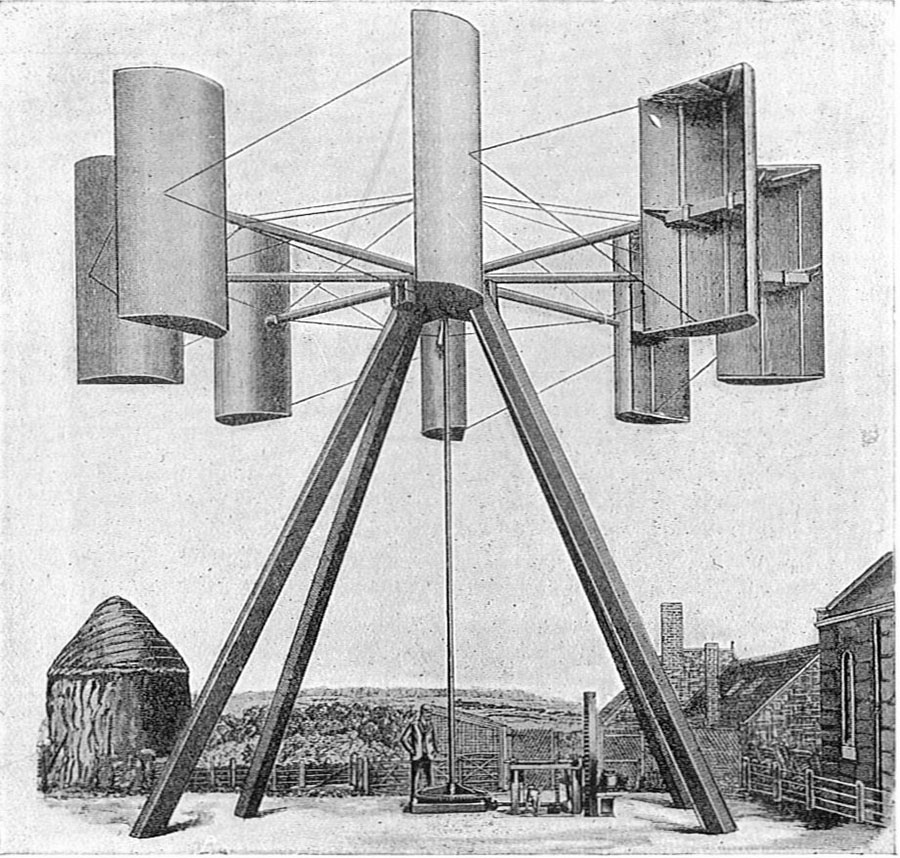 James Blyth’s 1891 design for a wind turbine. The wind, Blyth said, “is to be had everywhere.”

Nearly a century before anyone thought seriously about wind-powered electricity, a Scotsman named James Blyth built the world’s first wind turbine in his front yard. “When a good breeze was blowing, I stored as much in half a day as gave me light for four evenings,” he wrote.

It was July 1887, and Blyth—an electrical engineer living in Marykirk, a town in northeastern Scotland—used the turbine to power his holiday home. He even offered to light Marykirk’s main street with the excess power, but the villagers, who believed electricity was the work of the devil, rebuffed him.

“[Blyth] was obviously too far forward-thinking for the local villagers, who probably thought he was a wizard,” said Trevor Price, a senior lecturer of environmental and mechanical engineering at the University of South Wales who wrote a short biography of Blyth.

Unlike his contemporary pioneers of wind energy, the American engineer Charles Brush and Danish inventor Poul la Cour, Blyth is less well-remembered—with nary a monument to his name—despite his pride of place as the first person to harness the wind for electricity. 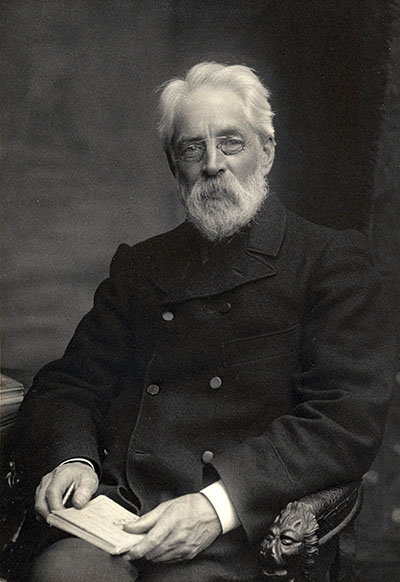 Credit: Archives and Special Collections at the University of Strathclyde; photo by John Fergus

James Blyth was born April 4, 1839, to Catherine and John Blyth, who ran an inn in Marykirk (auspiciously, the house Blyth was born in had a windmill in its garden). He earned a degree at Edinburgh University and then, like many educated Scotsmen of his day, became a teacher. He married, and he and his wife, Jesse Taylor, had seven children; two died young.

The family settled down in Glasgow, where Blyth took up a teaching position at what is now Strathclyde University. There, Blyth rubbed shoulders with the intellectuals who would likely inspire him to build the wind turbine.

Scotland was an industrial and scientific power then, home to the world’s largest chemical laboratory, and a major source of coal. “At the time, there was an explosion of interest in electricity,” Price said. “There were a lot of scientists, engineers, technologists, as we might call them, these days, working on batteries.”

Price speculates that the physicist William Thomson—better known as Lord Kelvin—could have been an inspiration for Blyth. In 1881, Thomson gave a speech on using a windmill to charge a new type of battery, recently created by the French engineer Camille Alphonse Fauré.

Thomson pointed out that only a quarter of British merchant vessels used steam—the rest still used sails. “Even in the present day of steam ascendancy, old-fashioned Wind still supplies a large part of all the energy used by man,” he wrote. Given that coal had a finite supply, Thomson speculated that “wind will do man’s mechanical work on land” as well, including the production of light. With some educated guesswork, Thomson suggested that one of Fauré’s batteries—charged by a windmill for five or six hours—could produce 60 “candle hours” of light. Still, Thomson lamented that the cost of building windmills would render the energy source economically unfeasible, at least until “inventions not yet made.”

It’s not known whether Blyth met or corresponded with Thomson, though they ran in similar Scottish academic circles, but in later papers Blyth cited Thomson’s 1881 report. And in Blyth’s 1888 report on the first wind turbine, he noted that he had in common “with many other persons” the sense that the “power of wind was not taken advantage of for the purpose of generating and storing electrical energy.”

After his success, Blyth developed a different design, essentially turning the turbine on its side. By strapping bisected barrels onto long wooden arms, he was able to create a turbine much more resistant to high winds, which caused trouble for the traditional windmill. Blyth patented his design in 1891, and in 1895, one was built at an asylum to be an emergency generator.

But with abundant coal and oil, wind turbines proved a hard sell. Blyth died after a seizure in 1906, and in 1914, his Marykirk windmill was taken apart. It wasn’t until after World War II that wind turbine usage began to grow, using technology from airplanes for improved turbine blades.

Wind power today remains a fraction of the total electricity production in most places—roughly 10 percent in the United States. But wind energy made up nearly half of all new power added in 2020, and falling energy prices have made wind cheaper than nearly any other energy source.

“The wind is proverbially free, and is to be had everywhere,” Blyth wrote. He dreamed of a future where each house would be lit by a wind turbine—a vision, Price says, that put him 50 or 100 years ahead of his time. Today’s soaring, 300-foot-tall turbines would not fit atop individual houses, but they could certainly power them.

Daniel Garisto is a writer based in Bellport, New York.