As the Nobel Prize returns to ‘real life,’ quantum physicists challenge our view of reality. 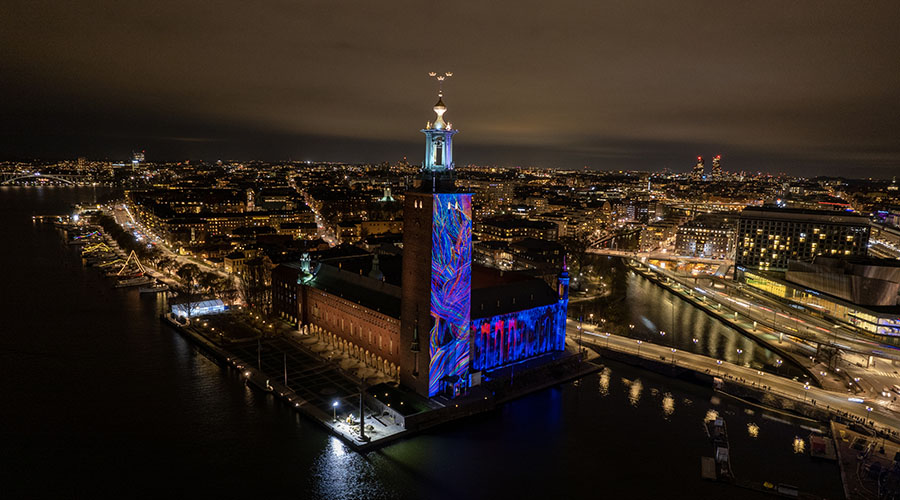 “Conscience,” a Nobel Prize-inspired light display, brightens Stockholm’s City Hall in December 2022. The display is part of an annual light festival open to the public during Nobel Week.

On a frigid December morning in Stockholm, hundreds of people gathered in lines, queueing up for a unique Swedish ritual.

They weren’t waiting for an ice hockey game, Christmas markets, or cold-water swimming. They were waiting for another tradition: the 2022 Nobel Prize lectures.

Getting swept up in Nobel Prize excitement is an annual rite in Sweden’s capital, birthplace of the prize’s founder Alfred Nobel, home to the secretive committees that select the prizewinners, and the site of the extravagant award ceremony. In the days leading up to the ceremony, posters featuring the prizewinners appear in train stations, popular science exhibitions abound, and art inspired by the prizes is projected onto buildings.

For many, the Nobel lectures are a highlight, an opportunity to hear from the laureates themselves. Most Nobel lectures are free and open to members of the public, provided they line up early enough — an endurance sport in the cold winter.

As the Nobel Prize’s first in-person gathering since the COVID-19 pandemic, this year’s events felt especially exciting, although the theme of the physics prize — the otherworldly phenomenon of quantum entanglement — was an ironic backdrop for “real life” celebrations.

Quantum mechanics long predicted entanglement, but its counterintuitive nature left many physicists baffled — including Albert Einstein, who famously dismissed it as “spooky action at a distance.” It was only after experimental evidence from the physics laureates Alain Aspect (École Polytechnique), John Clauser (Lawrence Livermore/Berkeley), and Anton Zellinger (University of Vienna) that quantum entanglement was accepted, fundamentally changing our understanding of nature and seeding fields like quantum information science.

On December 8, in a packed auditorium at Stockholm University, Aspect, Clauser, and Zellinger each took the stage to tell their stories.

Clauser is credited with performing the first experimental tests of quantum entanglement. In 1972, Clauser, then a cash-strapped post-doc, hobbled together an unwieldy apparatus that spat out pairs of photons. Clauser recalled that he and his colleagues had set out to find “hidden variables,” theorized traits of particles that would make entanglement more intuitive and less spooky, but that were incompatible with quantum mechanics. 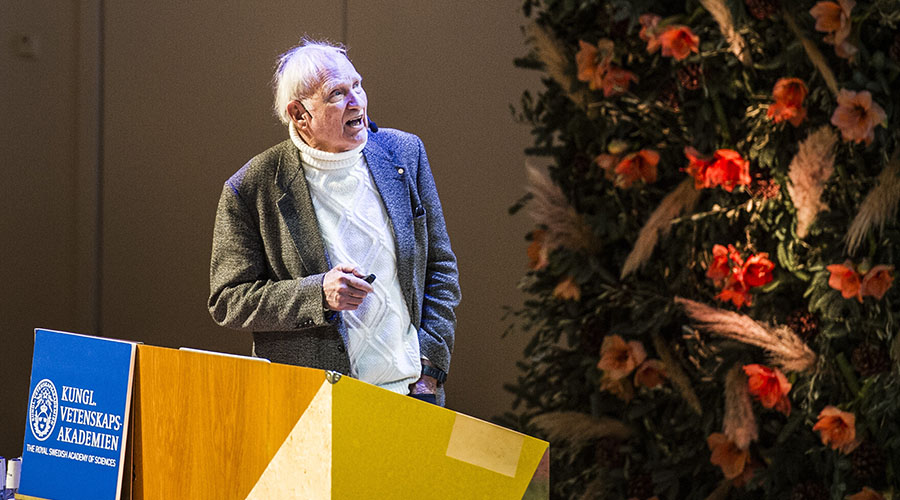 Instead, Clauser’s experiments showed that hidden variables, favored by Einstein, could not explain the behavior of entangled particles. “Our experiment was a test of Einstein’s whole platform for doing physics, and we effectively were putting him out of business,” Clauser explained. “The idea of hidden variables was dead on arrival.”

Next, physicists had to eliminate other loopholes that could explain the connection between entangled photons. Almost a decade after Clauser’s experiment, Aspect developed a more sophisticated experimental apparatus that emitted more photons, more quickly, reducing the possibility that outside forces were affecting them — and confirming quantum entanglement. “In 100 seconds, we could excite 104 photons. It took John Clauser hours or maybe even days to have this!,” Aspect explained, poking fun at his fellow laureate, who was laughing in the front row.

Then, in 1997, Anton Zellinger demonstrated entanglement between photons a half kilometer apart, the furthest distance yet. In 2015, his team, working in tunnels beneath the dungeons of an old Austrian palace, replicated the finding using fiber optic cables and cutting-edge detectors.

Zellinger’s team was also the first to encrypt and decrypt a message using quantum cryptography, a technology that uses entangled photons to transmit data securely. The message? An image of the Venus of Willendorf, a 30,000-year-old carving of a nude woman, discovered not far from Vienna. “I told my colleagues that the image we encode has to be something that is Austrian and beyond any doubt a peaceful symbol,” he said. “It is also the first and so far the only time that a naked person was pictured in Physical Review Letters!”

The audience applauded after each speech, fanfare guaranteed for Nobel laureates. But the Prize is not without its critics. No more than three scientists can receive the award annually, but research in physics — like in much of science — often requires the labor of hundreds or thousands of people.

The laureates seemed aware of this. Aspect closed his lecture with dozens of acknowledgements, including mentors, collaborators (several of whom sat in the front row), and the author of his first quantum mechanics textbook. And Zellinger included in his presentation every collaborator with whom he has co-authored a paper; the lists of names took up slide after slide.

Zellinger also highlighted another champion of physics. His talk, he said, was dedicated to taxpayers, who so often make science research possible. “That is really a big privilege,” he said.

Before he could finish his sentence, the audience burst into applause.

Abigail Dove is a writer based in Stockholm, Sweden.