The American Institute of Physics (AIP), a federation of scientific societies including APS, has selected Robert G.W. Brown to succeed H. Frederick Dylla, who has been the organization’s Chief Executive Officer for the past eight years. 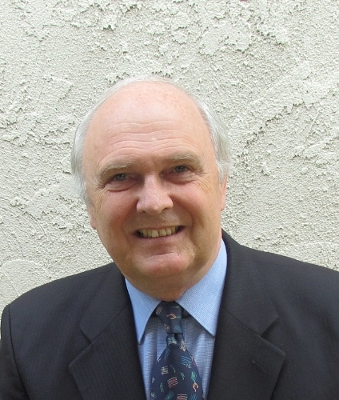 Robert G.W. Brown to join the American Institute of Physics as CEO.

Brown, chief sensor scientist at Rockwell Collins, Inc. and an adjunct professor at the University of California at Irvine, will start as CEO of AIP on June 1, 2015.

The announcement was made by Louis Lanzerotti, chair of the AIP board of directors, on May 21, 2015. Brown “embodies all the qualities we sought in a new CEO. His integrity as a scientist, his high personal achievement and his vision as a business leader will help AIP build upon its successes and chart a path forward to an even brighter future,” Lanzerotti said in a press release.

“AIP has been a mainstay for me throughout my career, and I am excited to build upon its strong tradition of member services while fostering the exchange of ideas among physical science and engineering professionals from around the globe,” said Brown.

Brown received his Ph.D. in engineering from the University of Surrey and his B.S. in physics from Royal Holloway College at the University of London. As an applied physicist at Rockwell Collins, Brown carried out research in photonic ultra-fast computing, optical detectors, and optical materials. Previously, Brown has served as an advisor to the U.K. government, international and editorial director of the Institute of Physics, and treasurer on the Board of Managers of AIP Publishing LLC, the journal publishing arm of AIP.