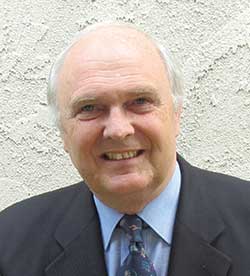 The CEO of the American Institute of Physics (AIP) announced this week that he is restructuring the organization with the goal of making it stronger and more nimble. The federation of member societies serves 10 scientific organizations — including APS — providing benefits such as Physics Today magazine. AIP's new CEO, Robert Brown, has been on the job since June, and his goals include increasing AIP's digital communications and enhancing the services AIP provides to its societies. Brown announced the changes in a statement on AIP's website on Monday.

The reorganization will move AIP toward a future structure envisioned by Brown in which 6 divisions are led by a crew of top-level managers: chief financial officer, chief operating officer, chief member society officer, chief digital officer, chief publishing officer (who would oversee Physics Today and related activities), and head of human resources. The current restructuring takes the first step in establishing this plan, by creating the 6 divisions.

In his statement, Brown writes, "Structural change often signals an intention on behalf of the leadership to become more responsive to the external environment. This is my objective for AIP. The coming adjustments will also help streamline operations, reduce fragmentation, improve inter-team communications, create ownership of functions by identifiable staff, and test likely next-generation senior leaders, etc."

The reorganization should have no significant impact on AIP Publishing, the journal-publishing arm of AIP, Brown said in an email.