Each year, APS recognizes outstanding achievement in physics by undergraduate students with the LeRoy Apker Award. The award was established with an endowment from Jean Dickey Apker in honor of her late husband, LeRoy Apker. The prestigious award, given to one student at a PhD-granting institution and one at a non-PhD-granting institution, aims to encourage students who demonstrate potential for future scientific accomplishment. To identify these promising, up-and-coming physicists, the Apker Award Selection Committee invites seven top nominees from around the United States to present their research at an annual selection meeting.

The 2021 Apker Finalists are (in order of presentation): 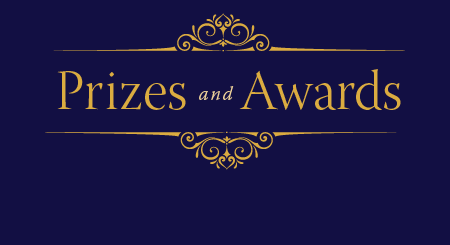 This year’s meeting took place on August 8 and 9 in an online format for the second time, a departure from the traditional meeting, which brings the finalists to Washington, DC. The finalists—four from non-PhD-granting institutions and three from PhD-granting—were each given time to present and field questions from the selection committee of distinguished physicists. This year’s Apker Selection committee members are: David Gross, Philip Bucksbaum, Nima Arkani-Hamed, Charles Conover, Yuliya Dozhenko, Shelly Lesher, Gregory Lovelace, and Theodore Yoder.

Brooks (Kutzown University of Pennsylvania), Grutkoski (Kenyon College), Ryczek (Hamilton College), and Zhu (Oberlin College)— the finalists from non-PhD-granting institutions—presented on the first day, taking the selection committee through a gamut of research topics. Brooks, who conducts AMO computational research, spoke on three projects involving modeling of dynamics and patterns in different types of materials. Grutkoski followed with a discussion of cosmology, presenting their research on building better models to describe preheating of the universe after cosmic inflation. Next, Ryczek described her work using low energy electron diffraction (LEED) data to analyze silica structures. Zhu rounded out the day, presenting his research into quasar extreme scattering events that led to the discovery of a new astrophysical phenomenon.

On the second day, Cao (University of California, Santa Barbara), Farah (University of Massachusetts, Boston) and Longenecker (Cornell University)—the finalists from PhD-granting institutions— had their opportunity to impress the committee. Cao kicked off the day with a talk on his research using ultracold atoms in optical lattices and degenerate quantum gasses to study quantum dynamics. Farah, who is a member of the Event Horizon Telescope collaboration, spoke next, describing his contributions to the efforts to image the black hole at the center of our galaxy. To conclude the day, Longenecker presented his work in cold gas soliton dynamics in a bid to better understand the behavior of far-from-equilibrium quantum nonlinear systems.

In recognition of their achievement, each finalist will receive an honorarium of $2000, $1000 for their undergraduate research institution’s physics department, and a certificate.

The selection committee will choose two of the finalists to receive the Apker award, based on their mastery of their research topic, their original contribution to the field, and their ability to convey their accomplishments in a research talk. The winners will be announced in October, and each Apker Award recipient will receive $5000 for themselves and $5000 for their institution to support future undergraduate research. They will also be awarded a certificate and reimbursement for travel to an APS meeting, where they will give an invited talk to share their research with a broader group of their peers.