APS Fellows Elected to the American Academy of Arts and Sciences

Every year, the American Academy of Arts and Sciences elects a group of distinguished scientists, scholars, and leaders in recognition of their achievements. The 237th class of new members was announced on April 12, 2017, an elite group nominated by their peers to receive this professional honor. Among this year’s 228 members are winners of the Pulitzer Prize and the Wolf Prize, Fields Medalists, Presidential Medal of Freedom awardees, Grammy Award winners, and more.

Boebinger currently serves as the director of the National High Magnetic Field Laboratory (MagLab), which includes oversight of campuses at Los Alamos National Laboratory, Florida State University, and the University of Florida. His research is focused on high-temperature superconductivity and the quantum Hall effect, and is now a member of the Academy along with two other MagLab scientists — 2017 APS president Laura Greene and chemist Alan Marshall.

Serving as the director of the Advanced Light Source in Lawrence Berkeley National Laboratory, Falcone is professor of physics at UC Berkeley and the current president-elect of APS. With both students and larger teams at the laboratory, he studies the interaction of intense light and x-rays with matter.

A LIGO scientist and professor at Louisiana State University, Gonzalez was the former spokesperson of the LIGO Scientific Collaboration, and contributed to the detection of gravitational waves in 2015. Gonzalez still performs data analysis with LIGO instrumentation located in Livingston, LA. She was elected an APS fellow in 2007.

Kim of the University of Chicago is the APS council representative of the Forum on International Physics and a member of the APS board of directors. Since 2009, Kim and her team have been working at the Large Hadron Collider at CERN to investigate the characteristics of the Higgs particle and the possible constituents of dark matter.

At Stanford University, Shen conducts fundamental and applied research on quantum matter. He is also the advisor for science and technology of SLAC National Accelerator Laboratory and a member of the advisory committee of the Joint Center of Energy Storage Research.

Previously the vice chancellor to research at the University of California, Santa Barbara, Witherell is now the director of the Lawrence Berkeley National Laboratory. His research is in the area of particle physics, and he is currently at the Sanford Underground Research Facility (SURF) to study interactions of dark matter particles with ordinary matter. 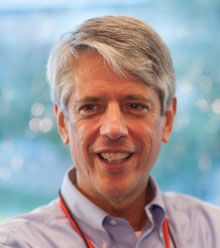 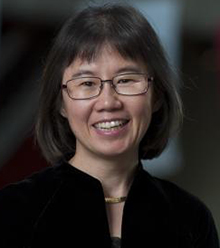