Theoretical physicist Gordon Baym has been selected to receive the 2021 APS Medal for Exceptional Achievement in Research for “major discoveries in theoretical condensed matter and many-body physics, neutron star structure and composition, quark matter and quark-gluon plasma physics, and in atomic physics and ultracold quantum gases.”

Baym is Professor Emeritus at the University of Illinois at Urbana-Champaign, an APS Fellow, a member of the National Academy of Sciences, and recipient of the APS Hans A. Bethe Prize in 2002 and the APS Lars Onsager Prize (with T.-L. Ho and C.J. Pethick) in 2008.

"In my role, I was pleased to see the nomination of many 'supernovas' for consideration," said APS President-Elect Sylvester James Gates, Jr., chair of the selection committee. "As the bestowal of the APS Medal shows, Gordon Baym is a physicist who shines most brilliantly."

The Medal carries with it a prize of $50,000, a certificate citing the contribution made by the recipient, and an invited talk at an APS March or April Meeting. The recipient will be recognized virtually in early 2021.

"This award is so well-deserved," said APS CEO Kate Kirby. "Gordon has made significant and fundamental contributions across many areas of physics. I congratulate him on his achievements and on receiving this recognition." 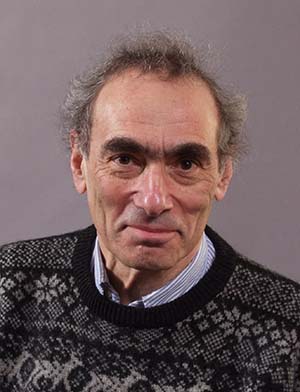 The Medal for Exceptional Achievement in Research is the largest APS prize to recognize researchers from all fields of physics and is funded by a donation from entrepreneur Jay Jones. Previous recipients were Edward Witten (2016), Daniel Kleppner (2017), Eugene Parker (2018), Bertrand Halperin (2019), and Myriam Sarachik (2020).

“My research over the years has brought me into unexpected areas of physics, from the extremes of neutron stars to ultrarelativistic heavy ions, to ultracold atoms,” said Baym. “Looking at these new fields through the eye of a condensed matter theorist, and seeing the coherence of physics at all energy scales, has been particularly rewarding.”

Over a career spanning more than 60 years, Baym has made fundamental contributions to several fields of physics. In condensed matter physics, he and Leo Kadanoff applied field theory techniques to many-body quantum systems and their book Quantum Statistical Methods has become a standard text.

In astrophysics, he and his collaborators embarked on an effort to understand the nuclear physics of neutron stars, the compact spinning objects that power pulsars. This study of matter under extreme conditions also led to his work on quark-gluon plasma and his support of the construction of the Relativistic Heavy Ion Collider (RHIC) at Brookhaven National Laboratory.

In the 1990s, following the experimental observation of Bose-Einstein condensation in atomic gases, Baym and Pethick applied theoretical methods to understand the ground-state properties of cold atomic gases and study the creation of vortices under rotation.