Awarded annually, the Medal is the highest honor the Society bestows upon researchers across all of physics, recognizing contributions of the highest level that advance our knowledge and understanding of the physical universe in all its facets. The recipient will be recognized for seminal contributions to several fields of physics at a ceremony during the APS Annual Leadership Meeting on January 27.

Lieb is lauded by colleagues and peers for his rigorous mathematical approach to solving fundamental problems in physics. Among his hundreds of scientific publications is one of the most-cited papers in condensed matter physics on the one-dimensional Hubbard model, published in Physical Review Letters in 1968.

Lieb is also known for his solution to the “square ice problem,” or the number of possible configurations of hydrogen atoms in a lattice of water molecules. This solution started a significant subfield in statistical mechanics. Some other major contributions include the strong subadditivity of quantum entropy, the Thomas-Fermi theory of atoms, the Lieb-Robinson velocity, the AKLT Spin Model, and the Lieb lattice for ferrimagnetism. 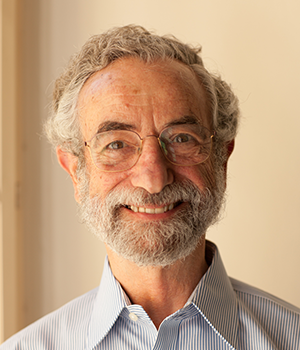 “With this prize we recognize Elliott’s lifetime of accomplishments that have transformed physics,” said APS President-Elect Frances Hellman, who chaired this year’s Selection Committee. “It is a celebration of his dedication to scientific inquiry and pursuit of knowledge.”

Lieb obtained his bachelor’s degree in physics from the Massachusetts Institute of Technology in 1953 and his PhD in mathematical physics from The University of Birmingham in 1956. He has held research and faculty positions at the University of Illinois, Cornell University, IBM, Yeshiva University, and MIT. He has been a professor at Princeton since 1975.

“I will be delighted to honor Elliott with the APS Medal at our Annual Leadership Meeting in Washington, DC next month,” said APS CEO Jonathan Bagger. “His life and career have taken him across physics and around the world, yielding important discoveries at nearly every turn.”

“Physics is a big enterprise with many people doing various things, being held together by a common interest in science,” said Lieb. “It’s important to have scientific institutes like the American Physical Society that bring all this together.”

The Medal includes a $50,000 prize, a certificate citing the contribution made by the recipient, and an invited talk at an APS March or April Meeting. The prize is funded by a donation from entrepreneur Jay Jones.