The Edward A. Bouchet Award, which honors minority physicists for outstanding contributions in their field, is now fully financed after the Bouchet Endowment Campaign surpassed its fundraising goal.

About the Bouchet Award 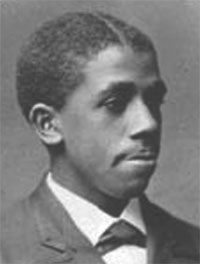 The endowment for APS’s Edward A. Bouchet Award has been set up after surpassing its fundraising goal, rendering it fully financed for the foreseeable future. The annual award honors Black, Hispanic or Native American physicists for outstanding contributions in their field.

“It’s a great thing… It means the community thinks this is an important award,” said Arlene Modeste Knowles, APS’s career and diversity programs administrator. “It’s great that the community came together and put money towards this award.”

The Bouchet Award had been sponsored by the Research Corporation for Science Advancement since its inception in 1994. However, in 2010, due to budget concerns RCSA said they would be unable to continue to sponsor the award every year.

“We decided we needed to endow the award and it would take about 140 K to do so,” Knowles said.

The campaign surpassed its fundraising goal by more than $20,000, raising more than $161,000. The fundraising team was co-chaired by Beverly Hartline of Montana Tech and S. James Gates, Jr. of the University of Maryland. Gates was also the first person to receive the Bouchet award.

“They worked extremely hard, and had an outstanding fundraising committee,” said Darlene Logan, Director of Development at APS.

While the committee was fundraising, the Sloan Foundation stepped in and sponsored the award for three years. The 2014 award will be the first to use money earned by the endowment. All together, 40 individuals and organizations contributed to the fundraising effort, nine of whom contributed more than $10,000.

APS’s Committee on Minorities established the Edward A. Bouchet Award in 1994 in honor of the first African-American to earn a PhD in physics. Bouchet received his degree from Yale in 1876. In addition to the $3,500 stipend awarded to its recipients, the award helps sponsor their travel to universities and schools to lecture about their work, and to the APS annual meeting to receive the Award.

“This award is a career builder for people,” Knowles said. “It’s a great thing to have on your résumé.”