Program started by AAAS and co-sponosored by APS now has 300 PhDs in government to assist with science policy. 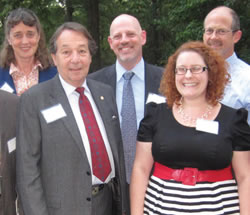 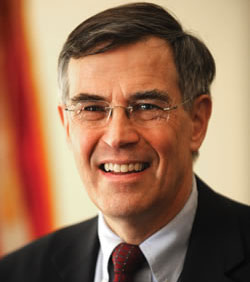 Congress has officially honored the 40th Fellowship program initiated by the American Association for the Advancement of Science (AAAS). Congressional representative and former physicist Rush Holt (D- N.J.) introduced a resolution on January 16 recognizing the program, which has placed nearly 2,600 people in dozens of congressional and executive offices since 1973.

The program brings in individuals with science and engineering doctorates to consult on legislation and policies of the federal government for one year. The purpose is to have people with firsthand experience in the sciences help improve science and technology policy. APS is one of the founding co-sponsors of the program.

Holt himself was a congressional fellow in 1982 and has since hosted several fellows at his office. “I owe a great debt to the AAAS Fellows program,” Holt said in a statement. “The program changed my own life, changed the United States Congress, and changed our nation’s science policy immeasurably for the better.”

The size of the program has grown over the years. There were seven fellows sent to congressional offices in the first “class” in 1973, two of which were sponsored by APS. The program expanded to include the executive branch in 1980. This year, there are nearly 300 fellows sponsored by more than 30 societies.

“In the years since the program was launched, the need and call for fellows has grown as the issues that policymakers and regulators grapple with have become increasingly diverse, globalized and entwined,” Alan Leshner, CEO of the AAAS, said in a statement.

The program brings in researchers from all fields of science and engineering. People assigned to different offices have worked on issues ranging from global warming and energy to AIDS, defense technologies, and pollution.

Holt’s resolution has 27 co-sponsors and states that “[T]he AAAS Congressional Science and Engineering Fellowship program was the first to provide an opportunity for doctoral-level scientists and engineers to learn about the policymaking process while bolstering the technical expertise available to Members of Congress and staff.”