In its ongoing battle to ensure that international students and scholars can study and work in the US, APS has filed a Freedom of Information Act (FOIA) request with the US State Department, asking for the rationale behind the revocation of more than 1,000 visas impacting Chinese students identified in comments from Department of Homeland Security officials.

The action stems from a May 29, 2020 proclamation from the Trump Administration that blocks Chinese graduate students, post-docs, and visiting researchers affiliated with China’s “military-civil fusion strategy” from entering the US on an F or J visa. ”The premise of that proclamation: China is using students as a means to illegally acquire intellectual property from the US to strengthen its military capability. 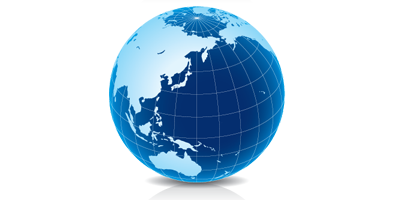 According to the US State Department, “the F-1 visa is for students attending a full-time degree or academic program at a school, college or university. The F-1 visa is valid for as long as it takes the student to finish his or her course of study.” The State Department also notes, “the J-1 visa...enable(s) foreign nationals to come to the U.S. to teach, study, conduct research, demonstrate special skills or receive on the job training for periods ranging from a few weeks to several years.”

Regarding the FOIA request, APS leadership engaged in numerous conversations with officials in the State Department, the White House National Security Council, and various science agencies to discuss the proclamation and what information the Trump Administration used in issuing it. None of the administration officials could—or were willing to—provide any details, such as: an example of a case of student espionage involving university basic research; the number of students the administration claims have engaged in or are charged with espionage; or, an estimate of the impact to the US of the alleged espionage that would form the basis for the proclamation.

APS does not have legal standing to challenge the proclamation. So, having exhausted all other means of responding to the proclamation, the only avenue left to the Society was to file the FOIA request. The goal is to gather information that led to the proclamation, evaluate it, and then depending upon the results, work with universities and industry to mount a legal challenge if necessary.

“APS is extremely concerned that the revocation of these visas will negatively impact the United States as a destination of choice for highly skilled, talented international students. At a time when our global counterparts are stepping up their recruitment of these students, the US should be working even harder to both attract them to and keep them in America, ensuring that they can help keep our nation on a path of cutting-edge research, robust innovation, and job creation,” said APS President Phil Bucksbaum.

Dated Sept. 28, 2020, the FOIA request states, “The APS urgently seeks information to bring transparency to this action so that it, its members, international students, and the public more generally can understand how the Proclamation is being applied by the Administration. As the primary US professional association for physics, the APS and its members have a significant interest in ensuring mobility across national borders of the scientific community. Scientific mobility enables broad participation in global scientific collaborations, and it ensures the United States remains the destination of choice for talented scientists who contribute to U.S. competitiveness and innovation.”

The FOIA request further notes, “While the APS recognizes a national security threat posed by the Chinese Government’s efforts to acquire technology and intellectual property from the United States, the APS is concerned that the Proclamation is overbroad and may be applied to exclude innocent persons who would otherwise make significant contributions to the U.S. scientific enterprise.”

Francis Slakey, Chief External Affairs Officer for APS, said the Society wants international students to know that they are not alone in this challenge.

“We are working hard on behalf of our members, and we want them to understand that we are doing everything in our power to fight these recent actions by the Trump Administration—all of which send the wrong message that international students are not welcomed in the US,” he said.

During the past several months, APS leaders, staff, and members have diligently worked to push back against Executive Branch actions that harm international students who are essential to the physics community and vital to the US scientific enterprise.

If APS receives a response from the State Department concerning the FOIA request, the information will be used “to evaluate and respond to any additional harm that the Proclamation and related executive action is having on declining U.S. scientific competitiveness and the country’s ability to engage in global scientific collaboration,” according to the FOIA request.

The document further states, “Lacking any public explanation, the denial of visas will only contribute to the growing view that the United States is unwelcoming to foreigners and thereby diminish the ability of the United States to attract top talent, as the APS has seen in its annual survey of international students.”