Four members of APS were named to the annual “30 Under 30 in Science” list published by Forbes magazine. With the tagline “Inventing the future from the atom up,” the magazine released its slate of winners in all fields of science. Each year, the magazine features 600 young innovators in 20 categories selected from thousands of nominations by a panel of judges. 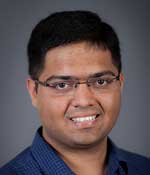 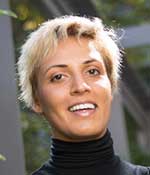 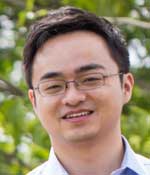 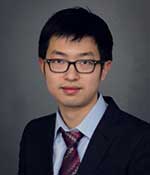 Deep Jariwala, 29, will be an assistant professor in the Department of Electrical and Systems Engineering at the University of Pennsylvania starting in 2018. He is finishing his postdoctoral research at the California Institute of Technology in nano- and atomic-scale materials science. Jariwala received his Ph.D. in 2015 from Northwestern University and has been a member of APS since 2012. Jariwala received an APS 2017 Richard L. Greene Dissertation Award.

Prineha Narang, 28, is an assistant professor of Computational Materials Science at Harvard University. Her research interests include excited-state and ultrafast optoelectronic materials, atomic-scale engineering, imaging and sensing technologies. She received her Ph.D. from the California Institute of Technology and has been a member since 2013.

Liang Wu, 29, is a postdoctoral researcher at the University of California Berkeley working on topological insulators and the optical response of materials. He has been a member since 2011 and won an APS 2017 Richard L. Greene Dissertation Award. Wu received his Ph.D. from Johns Hopkins University and will join the faculty of the University of Pennsylvania in July 2018.

You Zhou, 29, is a postdoctoral researcher at Harvard University. His research is in experimental condensed matter physics and materials science. Zhou has worked on new materials for fuel cell applications and transistors that mimic synapses in the brain. He received his Ph.D. from Harvard and has been a member of APS since 2011.