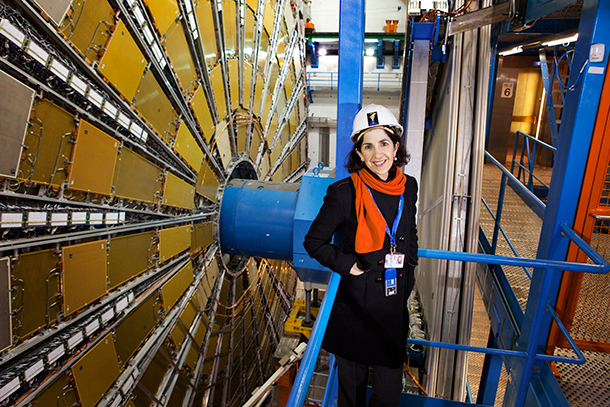 CERN's governing council announced on Tuesday that its next director general will be Fabiola Gianotti, the Italian physicist in charge of the ATLAS experiment at the Large Hadron Collider. She will be the sixteenth director of the laboratory and the first woman to hold that position.

"It is a great honor and responsibility for me to be selected as the next CERN Director-General following 15 outstanding predecessors," Gianotti said in a statement. "CERN is a center of scientific excellence, and a source of pride and inspiration for physicists from all over the world. …I will fully engage myself to maintain CERN's excellence in all its attributes, with the help of everybody, including CERN Council, staff, and users from all over the world."

Gianotti headed the ATLAS experiment from March of 2009 to February 2013 while it collected data from the operating run at LHC that led to the discovery of the Higgs boson. On July 4, 2012, she along with the head of CMS, Joe Incandela, jointly announced the discovery.

She will assume the position on January 1, 2016, and will hold the post for a five-year term. The LHC is currently undergoing upgrades, and is scheduled to restart in early 2015.

"Fabiola Gianotti is an excellent choice to be my successor," said Rolf Heuer, the current director of CERN. "It has been a pleasure to work with her for many years. I look forward to continuing to work with her through the transition year of 2015, and am confident that CERN will be in very good hands."