Nuclear Physicist contributed to the Standard Model of Physics

Ernest M. Henley of the University of Washington passed away on March 27, 2017 at age 92. Henley was involved with APS in multiple ways during his career — he served as the chair of the APS Division of Nuclear Sciences in 1979, and APS President in 1992.

Henley’s research focused on the subatomic scale to better understand the fundamental, physical interactions of particles, and why they behave in specific ways. Investigating symmetries of forces, like time-reversal, parity (mirror forces), and isospin (forces dependent on charge), his experiments uncovered situations where subatomic particles violated these symmetries.

These experiments sparked new theories and experiments, all of which contributed to the foundations of the standard model of physics. For these fundamental studies, he was awarded the APS Tom W. Bonner Prize in Nuclear Physics in 1989. Soon after, Henley served as the APS President in 1992, and was elected to the American Academy of Arts & Sciences in 1995.

Henley was also known as a leader at the University of Washington, where he served as the director of the university’s Nuclear Physics Laboratory (renamed the Center for Experimental Nuclear Physics and Astrophysics) in 1990, and the dean of the College of Arts & Sciences from 1979 to 1987. He also was a professor of physics from 1995 to 2014.

"Ernest Henley was a brilliant physicist and also a man of great intellectual and cultural range, who was seriously knowledgeable about everything from nuclear physics to art to literature," said Dean Robert Stacey in the UW official obituary. "He was a great dean, who laid the foundations for the College of Arts & Sciences as we know it today." 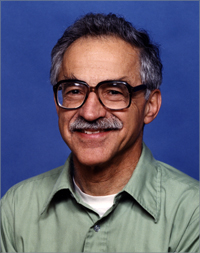