Joseph L. Birman of the University of City College of New York (CCNY) passed away October 1, 2016, at the age of 89. His family said that the cause of death was complications from cancer. Birman was a physicist and campaigner for human rights around the world.

Birman received his B.S. from CCNY in 1947, and his Ph.D. from Columbia University in 1952. He then went on to receive a Docteur es Sciences degree from Universite de Rennes in France in 1974. In his position as Distinguished Professor of Physics at CCNY, Birman’s research in theoretical physics focused on the symmetry properties of phase transitions, mechanisms of optical properties in materials, and dynamical symmetry in condensed matter systems. He served as a mentor to numerous Ph.D. students and post-doctoral researchers, touching the lives of scientists that came to work closely with him.

"Joe treated me as his scientific son," wrote Robert Alfano, Distinguished Professor of the City College of New York, in an email. "He mentored me [and] many others with heart… Without him, I wouldn’t have received my Ph.D. and my faculty position here at CUNY."

His career, not only dedicated to his theoretical research, supported oppressed scientists across the globe. He acted as the Vice-Chair of the Committee of Concerned Scientists (CCS), and served as a member of many human rights committees, including the APS Committee on International Freedom of Scientists (CIFS), the Human Rights Committee of the NY Academy of Sciences (NYAS), Human Rights in China (HRIC), and the AAAS Committee on Professional Responsibility.

In the 1990's, Birman crucially contributed to the Program for Refugee Scientists at the CCS, by raising funds from private foundations. Their work helped over 100 émigré physicists land academic, research, and industrial positions in the U.S.

He also played a crucial role in developing and implementing joint research programs with China. He negotiated and signed a Memorandum of Understanding with the Chinese Academy of Sciences and Ministry of Education, creating a Cooperative Program in Atomic and Molecular Optics (AMO) and Condensed Matter Physics. He directed the program for the first three years, helping Chinese physicists set up shop to conduct research for two-year periods in major U.S. laboratories.

In 2006, Birman was awarded the New York Academy of Sciences Heinz R. Pagels Human Rights of Scientist award. He also was recognized in 2010 by APS, awarded the Andrei Sakharov Prize "for tireless and effective personal leadership in defense of human rights of scientists throughout the world."

"For many years, he has worked tirelessly on behalf of persecuted scientists in many countries around the world," wrote Irving A. Lerch, former Director of APS International Affairs, in an email. "[Joseph] continued to speak out clearly and strongly against the injustice committed against scientists in all countries… He made a material contribution to the diversity, vigor and international comity of the global scientific enterprise. We celebrate a remarkable man: scientist, teacher, mentor, humane champion of human rights — his gentle humor and fierce dedication." 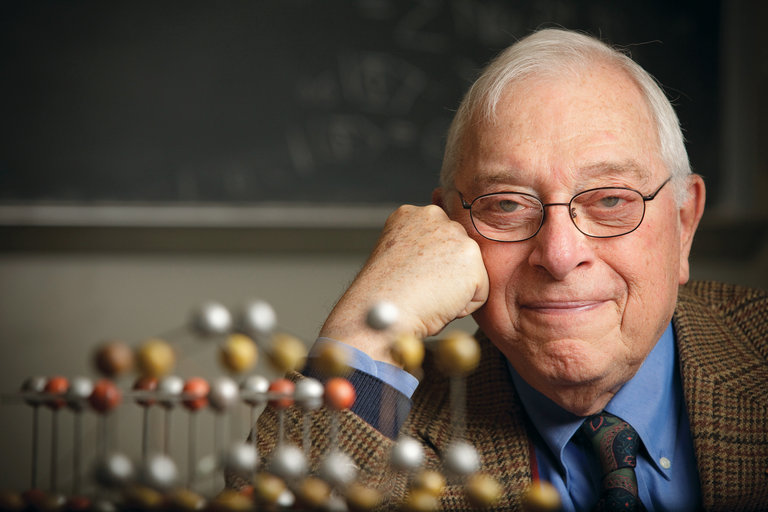