Theoretical physicist Edward Witten of the Institute for Advanced Study was named one of the recipients of this year's prestigious Kyoto Prize. 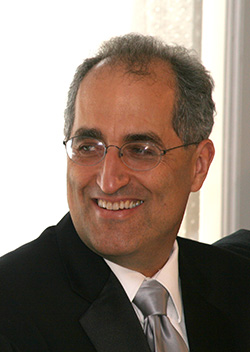 The Kyoto Prize has been awarded annually since the Inamori Foundation of Japan established it in 1985. The prize comes with an award of 50 million yen, or about $500,000.

Often referred to as the "Japanese Nobel Prize," the award honors researchers and artists working in basic sciences, advanced technology, and arts and philosophy, particularly in fields often overlooked by the Nobel Prize. It recognizes the work of "those who have contributed significantly to the scientific, cultural, and spiritual betterment of mankind."

Witten's work has focused on quantum field theory and was one of the early leaders in the development of superstring theory. The foundation will award Witten the prize at a ceremony in Kyoto on November 10.

Witten previously won the 1990 Fields Medal in mathematics, the first physicist to do so. He was also named an APS Fellow in 1984.

Robert Samuel Langer of MIT received the advanced technology prize for his work in regenerative medicine, and weaver Fukumi Shimura won in the Arts and Philosophy category.

More information about the prize is available on the Inamori Foundation website.