Michael Mann is recognized for exceptional achievement in environmental research, sharing the award with Warren Washington.

The 2019 Tyler Prize for Environmental Achievement was awarded on February 12 to Michael E. Mann, Distinguished Professor of Atmospheric Science at Pennsylvania State University, and Warren M. Washington, Distinguished Scholar at the National Center for Atmospheric Research.

Mann is known for his pioneering work in the use of climate proxy data, taken from ice cores, tree rings, and lake sediments, to map the changes in the climate, extending back more than 1,000 years. The findings of Mann and his collaborators resulted in the “hockey stick” graph showing a recent rapid rise in global temperature and providing scientific evidence for anthropogenic climate change. The graph attracted controversy in the debates over global warming but has been supported by subsequent analysis.

Mann was part of the International Panel on Climate Change group honored with the 2007 Nobel Prize and has become a notable climate communicator. He has served on the executive committee of the APS Topical Group on the Physics of Climate since 2016. 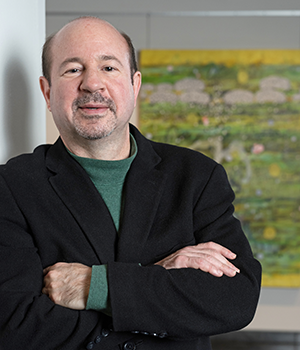 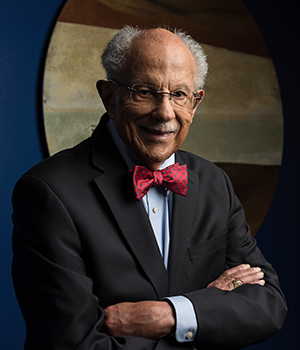 “I’m delighted to win the Tyler Prize, because of the legacy of this prize. All of the great contributors to our modern understanding of environmental science, it’s a who’s who, a list of previous laureates of this prize, and to be part of that group, to me, is the achievement of a lifetime,” said Mann. “I was delighted to learn not only that I’d won the prize, but that I was able to share it with a true hero of mine, Warren Washington. He has been at the very forefront of advancing our understanding of the climate system and the construction of elaborate computer models, to model Earth’s climate system.”

Washington, a former president of the American Meteorological Society, received the Tyler prize for his expertise in climate modeling, climate change research, and atmospheric science. He is especially known for recognizing early on the potential of computer technology in climate science. Washington was an adviser to six US presidents and received the National Medal of Science in 2010 from President Barack Obama.

The Tyler Prize, established by John and Alice Tyler to spotlight achievements of top climate scientists in 1971, includes a $200,000 cash prize, split between recipients, and a medal, awarded at a ceremony in San Francisco.