MIT Professor of Physics and Former APS President dies at 86

Known to many as the "queen of carbon science" — for her foundational work uncovering the electrical properties of carbon and other semi-metals — Mildred Dresselhaus of the Massachusetts Institute of Technology (MIT), died on Monday, February 20, at the age of 86 in Cambridge, Massachusetts.

Dresselhaus was President of APS in 1984, and was involved in many research areas in the physics community. A recipient of the Presidential Medal of Freedom in 2014, the Kavli Prize in Nanoscience in 2012, the Oliver E. Buckley Condensed Matter Prize in 2008, the National Medal of Science in 1990, and numerous other scientific prizes, Dresselhaus was celebrated for her lifelong commitment to researching the electronic properties of two-dimensional materials. Her work included the exploration of ‘buckyballs’ — spherical, hollow molecules composed of carbon atoms — and graphene. Some of her best-known research focused on uncovering the electric properties of carbon nanotubes and enhancing thermoelectric properties of nanowires. 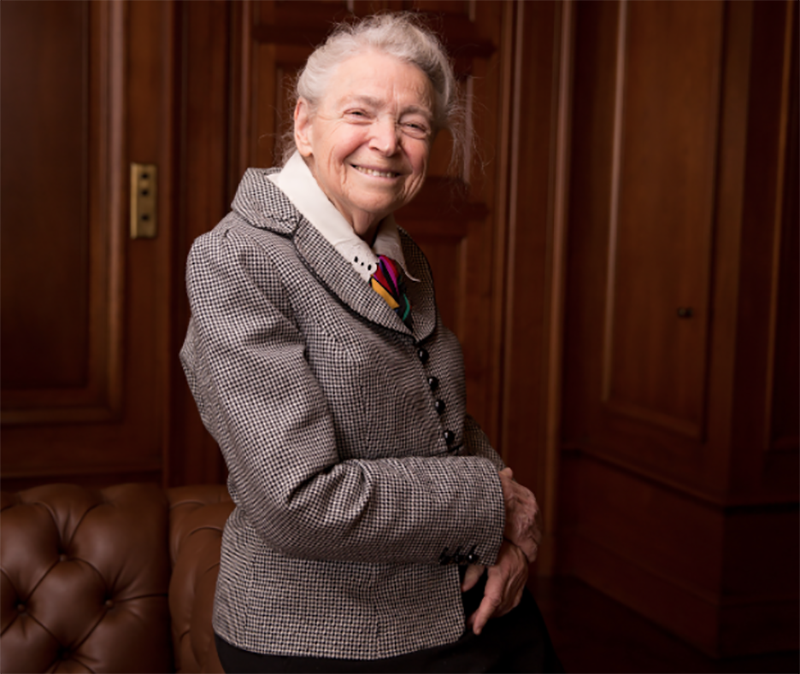 Beyond her scientific research, Dresselhaus was a champion of women in science and an active leader to her colleagues. She became the first woman at MIT to attain the rank of full, tenured professor, and was the first woman to win the National Medal of Science in Engineering. These primary achievements pushed her to lead by example for women following in her footsteps.

In 1971, Dresselhaus and a colleague organized the first Women’s Forum at MIT, and she later accepted a Carnegie Foundation grant to continue encouraging female students in the traditionally male-dominated field of physics research. Dresselhaus was also appointed the Abby Rockefeller Mauze chair, an Institute-wide chair, endowed in support of the scholarship of women in science and engineering. She was later awarded the L'Oréal-UNESCO Award for Women in Science in 2007, and the American Chemical Society Award for Encouraging Women into Careers in the Chemical Sciences in 2010.

"Millie had been a great role model as a scientist, a mentor, a citizen, and a wonderful friend to everyone whom she had interacted with," wrote Nai-Chang Yeh of the California Institute of Technology in an email to APS News.

Her impact was felt throughout the MIT community, including among the more than 60 Ph.D. students that she graduated. "...Like dozens of young faculty and hundreds of MIT students over the years, I was lucky to count Millie as my mentor," wrote the president of MIT, L. Rafael Reif, in an email about Dresselhaus’ passing.

Many of those in the physics community, including Yeh’s colleagues, were looking forward to reconnecting with her at the APS March Meeting in New Orleans. "It is surely going to feel very different at the APS Meeting without Millie… We will all miss her dearly."

Learn more about Mildred Dresselhaus at her MIT Homepage.