Applications for a new cohort of Next-Generation Fellows closes November 30, 2021.

To strengthen diversity and the inclusion of many viewpoints in the nuclear weapons policy field, the Physicists Coalition for Nuclear Threat Reduction launched its inaugural Next-Generation Fellowship this year.

The coalition is an initiative based at Princeton University’s Program on Science and Global Security and supported by APS and the Carnegie Corporation. It seeks to educate and mobilize a national network of physical scientists interested in being informed advocates to policymakers and the public on the nuclear weapon threat and opportunities for its reduction.

The Next-Generation Fellowship strives to diversify and strengthen participation of graduate students, postdocs, and early-career physical scientists and engineers, especially women and members from underrepresented groups, in reducing the threat of nuclear weapons. The fellowship also provides its participants an opportunity to work with senior mentors on a guided study; learn from practitioners about how the nuclear policy process works; and get hands-on training and experience in how to engage as advocates on nuclear weapon policy issues with Congress. 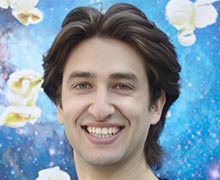 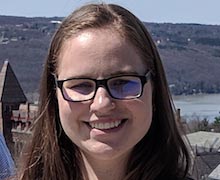 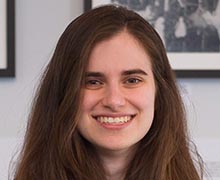 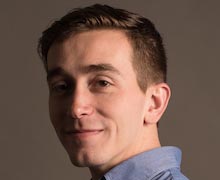 Sebastien Philippe, associate research scholar at Princeton’s Program on Science and Global Security who chaired the 2021 fellowship selection committee, said the committee had a hard time choosing the first cohort of fellows from a group of “strong and diverse applicants, including graduate students, post-docs and young faculty.”

“Despite the logistical challenges of launching this initiative during the pandemic, we have been very pleased with the success of the 2021 cohort of fellows,” he said.

The fellowship has been a valuable experience for Matt Caplan, nuclear astrophysicist and professor of physics at Illinois State University. “My background is in science and education, so the emphasis that the fellowship places on policy has all been new to me. I think few young scientists have opportunities to peer into the workings of the federal government, and even fewer have been put in a position where they can directly advocate for new legislation,” he said.

Caplan added, “Over the fellowship year, I've done a little bit of work on a number of topics, but I keep coming back to the humanitarian crisis that unfolds after a nuclear attack, and I am currently authoring an essay about the consequences of a limited nuclear strike on a modern city that is intended for publication in the Bulletin of the Atomic Scientists.”

Katherine Quinn said the fellowship has been “a wonderful, eye-opening experience.”

“I highly value the connections I've made with the other fellows and members of the coalition. Through our monthly fellowship meetings, I've learned from the projects of the other fellows, especially given the breadth of interests,” said Quinn, a theoretical physicist working as an Associate Research Fellow at Princeton’s Center for the Physics of Biological Function.

“The coalition-sponsored training—a boot camp on nuclear policy, meeting with experts for small presentations and personalized conversations—have proven invaluable in my understanding not only of nuclear threat reduction, but policy and advocacy at the federal level,” she adds.

Quinn is exploring the history of climate science and modeling nuclear war scenarios to understand the impact on national and international policy as part of her fellowship experience.

“I am also connecting modern advances in nuclear winter modeling to our current understanding of climate refugee migration to better understand the full impact of different global and regional nuclear conflicts, to bring the full consequences of nuclear war back to the public consciousness by placing it in modern contexts,” she said.

Being a Next-Generation Fellow is exceeding the expectations of Bárbara Cruvinel Santiago, a physics PhD student at Columbia University.

“I came in with a budding interest in policy in general and not knowing much about nuclear security policy at all. Now, I feel like I went through a super steep learning curve, and I’m actively considering pursuing a career in science policy after I graduate with my PhD,” she said.

Cruvinel Santiago is working on a project to analyze how Brazilian nuclear policy has evolved since the 1950s and why the country’s nuclear policy took such a dramatic turn in the last few years.

“A good part of my project is focused on Brazil’s role in the Treaty on the Prohibition of Nuclear Weapons (TPNW)—the first country to sign it. It also addresses how Brazil would benefit from finally ratifying it, which it never did after President Jair Bolsonaro and his allies took over the executive and legislative branch,” explained Cruvinel Santiago.

Alan Kaptanoglu said his experience with the fellowship has been “very positive.”

“The organizers and mentors are excited to have younger scientists engage on nuclear weapons issues, and the training resources, including our participation in the George Washington University Nuclear Bootcamp— a week of lectures from experts across every nuclear domain— have been very educational,” said Kaptanoglu, a physics PhD student at the University of Washington.

Understanding how the military communicates its policy on nuclear deterrence is the theme of Kaptanoglu’s fellowship project.

Zia Mian, a founder of the coalition who served on the fellowship’s selection committee and as a mentor, said the experience is aimed at providing young scientists today the means for effectively participating in the long struggle against nuclear weapons in which earlier generations of scientists have played historic roles.

“Even before the United States became the first country to make weapons, scientists, especially physicists, were speaking up on the urgent need to confront and end the new threat to humankind,” said Mian, Co-Director of Princeton’s Program on Science and Global Security. “Today, with nine countries having nuclear weapons, and a renewed nuclear arms race getting underway that will cast a shadow over the rest of this century, physicists again need to ask what they can do to understand and reduce nuclear dangers.”

Regarding the next cohort of fellows, Philippe explained, "We are looking for the next generation of physicists and leaders to advocate for a more secure and just world at a moment when renewed technological and nuclear arms racing between great powers is bringing us back to the nuclear brink. There is no better time for early-career scientists to take action and make a difference."

Mark Elsesser, Director of Government Affairs, said he was thrilled to have APS support the coalition’s fellowship whose goals align with several of the Society’s core values, including “diversity, inclusion, and respect.”

“The Society was eager to publicize the opportunity to its members, and the Government Affairs team will continue to assist with the program through administrative support, providing the fellows advocacy training, and facilitating meetings between the fellows and Congress,” he said.

The 2022 Next-Generation Fellowship application is now open, and the deadline for individuals to apply is November 30, 2021. Details can be found on the coalition’s website.