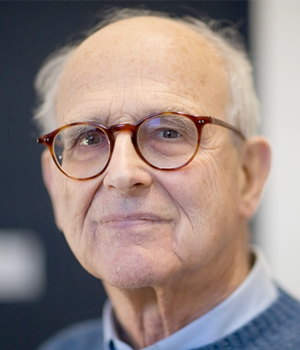 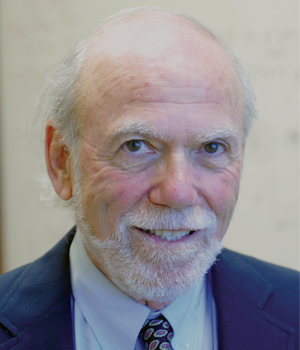 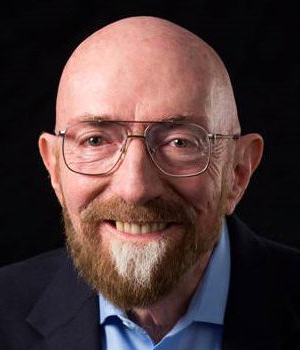 Detection of the gravitational wave signal, resulting from the merger of two black holes, was the culmination of more than four decades of effort by researchers with funding from the U.S. National Science Foundation.

"This is a marvelous prize that recognizes the heroic and successful detection of the undulations of spacetime predicted over a hundred years ago by Albert Einstein," said David Gross, winner of the 2004 Nobel Prize in Physics and Vice President of APS. "By using gravitational wave detectors, LIGO has created a new window to probe the universe."

One half of the prize goes to Rainer Weiss of the Massachusetts Institute of Technology, while the other half will be shared by Barry C. Barish and Kip S. Thorne of the California Institute of Technology. Ronald Drever of Caltech, expected by many to share the honors, passed away in March 2017; under the terms of the Nobel Foundation, deceased persons cannot receive the prize.

LIGO employs two of the most sensitive instruments ever built: a pair of laser interferometers with 4-kilometer long arms that can detect a change in length about one-ten-thousandth the diameter of a proton. Gravitational waves from distant cataclysmic events propagate as compressions and expansions of spacetime. These waves slightly jiggle the interferometers, one in Hanford, Washington, and the other in Livingston, Louisiana, and LIGO first observed this disturbance on September 14, 2015.

"LIGO is among the grand physics experiments that rely on the struggle and perseverance of thousands of scientists, engineers, technicians, and staff,” said APS President Laura Greene. “In a very real way, this prize belongs to the many people who have contributed immeasurable efforts to design, build, and commission one of the wonders of contemporary physics. A project of this scale must begin with extraordinary visionaries like Kip Thorne and Rainer Weiss who, over forty years ago, were bold enough to sketch out interferometers of a magnitude that was almost unbelievable at the time. A great vision, however, requires equally great leadership to achieve. Since 1994, Barry Barish has been instrumental in directing the construction of the LIGO facilities and establishing the LIGO Scientific Collaboration. These three physicists, along with a multitude of collaborators and supporters, have created a truly amazing device that allows us to see the universe in a whole new way.”

Since the initial discovery, LIGO has detected three additional events involving black hole mergers. Most recently, the Virgo Collaboration, which participated in analyzing data during the initial discovery, brought online its laser interferometer in Italy. In August 2017, a simultaneous detection of a black hole merger by Virgo and the two LIGO detectors allowed researchers to narrow the location of the source of those gravitational waves.

“The measurement of gravitational waves represents science at its best,” added APS President-Elect Roger Falcone of the University of California, Berkeley. “Compelling theory, explicit predictions, clever experimental techniques, brilliant ideas from individual scientists, thoughtful management, and perseverance by an international team and a government agency dedicated to funding basic science. It's a wonderful and inspiring story..”

All three winners are Fellows of APS. Weiss received the APS Einstein Prize in 2007 and Thorne was awarded the APS Julius Edgar Lilienfeld Prize in 1996. Barry Barish served as APS President in 2011.