Charlotte Selton, who holds a bachelor’s degree with a double major in physics and political science, hit the ground running after recently beginning her position as Special Projects Organizer in the APS Office of Government Affairs.

Her first task: scheduling colloquia for the Physicists Coalition for Nuclear Threat Reduction—a new project supported by the APS Innovation Fund, which was launched to inform, engage, and mobilize the US physics community around the danger posed by the world’s nuclear weapons.

The first step of the project is to hold colloquia at universities, labs, industry, and conferences to provide an overview of the technological and policy landscape of the nuclear arms issue. A second aspect entails building a coalition that will enable members to learn about advocacy and engage in opportunities that put their learning to the test.

“While nuclear weapons threats are less visible in the public consciousness since the decline of the Cold War, most experts agree that the present risk is at least as great,” said Selton. “The US has withdrawn from many arms control agreements, and without government action, the last treaty mutually capping the Russian and US nuclear arsenals will expire in February 2021.” 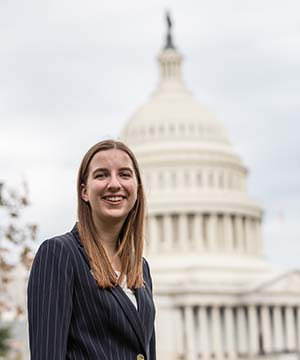 On any given work day, Selton is contacting various universities to set up colloquia that cover a review of the current world arsenal, recent developments in new offensive and defensive capabilities, new technologies that alter nuclear strategic stability, and the potential physical effects of the weapons. The policy portion of the colloquia will highlight the history of successful key treaties and agreements that have provided some degree of safety for the world, recent troubling changes in the framework of arms control agreements, the emerging new nuclear arms race, and policy steps that can substantially reduce the nuclear threat.

To date, Selton, who has a background in political organizing, has scheduled 10 colloquia that will take place this fall. Another one is scheduled for spring 2021. And a recent test run at Princeton Plasma Physics Laboratory went off without a hitch.

Selton said the coalition weighed a number of factors before reaching out to universities about the colloquia.

“Those factors include locations represented by Senators or House members on the respective Armed Services Committee, whether the university serves populations often underrepresented in physics, and the size of the physics department. We aimed to balance the overall list to have good geographic spread across the country,” she said.

Selton added, “We are building a coalition not just of physicists, but physical scientists broadly, including engineers. Our coalition will be stronger if we reflect the full diversity of the scientific community, so we are especially reaching out to women, underrepresented minorities, and early-career physicists, as well as postdocs and graduate students.”

Selton’s work has been impressive.

“After Charlotte joined our project, there was an increase in our productivity, thanks to her communications with coalition members, her initiative in contacting universities for coalition colloquia, her writing for our website and more. The coalition is fortunate to have her on the team,” said Stewart Prager, professor of astrophysical sciences at Princeton University, who is leading the coalition. Princeton’s Program on Science and Global Security is coordinating the coalition.

“Charlotte's unique background in both political science and physics makes her the absolute best fit for this role, bar none. Her passion regarding the issue of nuclear threat reduction is evident in her work thus far, and we are so excited to see her start to build this coalition."

Selton said the nuclear threat issue is a great concern of hers, especially as it relates to testing in low-income communities.

“Nuclear threat reduction is an important facet of social justice, and I’m glad to help bring renewed attention and engagement to it,” she explained.

The coalition, once fully formed, will play an integral role in advocating policy that supports APS’s recent board statements on New START and nuclear testing.

“Some of the initial policy areas we’re focusing on include preventing new explosive nuclear weapons tests in the US and advocating for a five-year extension of New START. The coalition also supports ending launch on warning, adopting a No-First-Use policy, and transitioning the US away from vulnerable ICBMs,” said Selton.

To request a colloquium, email selton@aps.org. To receive coalition updates and action alerts, sign up at this coalition email portal.