Joseph Polchinski, a prominent theoretical physicist and champion of string theory, died on February 2 at age 63. He was a professor of physics at the University of California Santa Barbara and a Permanent Member of the Kavli Institute of Theoretical Physics. Polchinski was a Fellow of the APS and a member of the U.S. National Academy of Sciences.

“His research has had a profound and lasting impact on our understanding of the universe,” said UCSB Chancellor Henry Yang in a note to the campus community. “Throughout his career, he demonstrated tremendous creativity and insight not only in discovering new scientific truths, but also in communicating these complex ideas in a highly accessible and thought-provoking way.”

Polchinski received his bachelor’s degree in physics from the California Institute of Technology in 1975 and his Ph.D. from University of California, Berkeley in 1980. After postdoctoral work at SLAC and Harvard University, he joined the faculty of the University of Texas at Austin in 1984 and moved to UCSB in 1992. He was a winner of the 2007 APS/AIP Dannie Heineman Prize in Mathematical Physics and shared in the 2017 Breakthrough Prize in Fundamental Physics, among several other awards.

In a 1995 paper in Physical Review Letters, Polchinski extended string theory—the theoretical framework that casts one-dimensional strings rather than point particles as the fundamental objects of nature—to higher dimensional entities called “D-branes.” And in 1998 he literally wrote the textbook on string theory (in two volumes).More recently, Polchinski had been studying black holes and in 2012 co-authored a paper showing that quantum entanglement of particles required the existence of a hot “firewall” at the event horizon. This effort to resolve the black hole information paradox (which concerns the fate of information falling past the event horizon of a black hole) generated considerable debate. 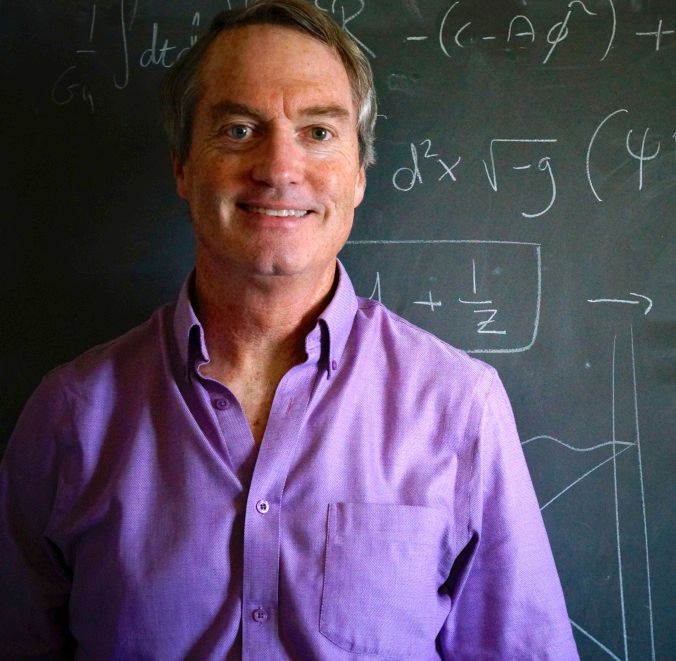 In 2015, Polchinski was diagnosed with brain cancer, and in 2017 he posted a memoir on the arXiv in which he wrote “It is interesting to go through one’s life like this. It has taken a rather linear path, from the How and Why Wonder Books to today, with few deviations. I have not achieved my early science fiction goals, nor explained why there is something rather than nothing, but I have had an impact on the most fundamental questions of science.”