In June 2015, the APS Committee on Careers and Professional Development (CCPD) emailed a survey to industry-affiliated APS Members in order to assess interest in hosting physics faculty on sabbatical at their companies. The response was positive, with over 50% of the 159 industry-based respondents stating that having an academic researcher as a visitor would be beneficial.

According to survey respondents, the top benefits of visiting academic researchers include their fresh perspective on solving problems, their deep subject matter expertise — and their potential role as a conduit of fresh talent (in the form of their graduating students). Other benefits mentioned include joint publications, longer-term collaborations, and more industrially-focused teaching/mentoring after the faculty member returns to his or her home institution. “[Industry sabbaticals] would allow us to ‘import’ skills into our company that we don’t already have. It can be difficult to find such a person to hire on a permanent basis,” said one respondent. “Someone who would work on a research topic related to, but different from, our current research would significantly broaden our understanding of the underlying physics,” said another.

Survey respondents also suggested several benefits for academics and their institutions. In addition to working on new and exciting projects, participants would also gain insight into the decision-making processes behind the development of new technology – for example, how research translates into a marketable product, or how to assess whether research is a good return on investment. This insight could translate into better non-academic career mentorship, which would certainly be a valuable outcome for academics and industrial physicists alike, given that the majority of physics graduates at all degree paths will find employment in the private sector. Furthermore, a robust research relationship between a local company and university could foster increased publications, increased opportunities for collaborative scientific research, as well as more internships and job opportunities for students.

Yet respondents also pointed out challenges to hosting academic researchers in companies. It usually takes at least one or two months for visiting faculty to gain enough background information about the project and company to make new and useful contributions, so short-term appointments (e.g. over a summer) were ranked less desirable compared to semester or nine-month appointments. Several respondents also mentioned the issue of intellectual property ownership — which often depends on what percentage of the researcher’s salary is being covered by the company during the sabbatical — as a potential sticking point. Careful collaboration between a company and a university’s intellectual property office is important to ensure that both parties receive satisfactory arrangements.

Given the potential benefit of industry sabbaticals both to companies and to academic researchers, APS would like to help facilitate connections between these groups. Faculty who are interested in the possibility of taking an industry sabbatical during the Fall 2017 - Spring 2018 academic year should contact Crystal Bailey (bailey@aps.org) by October 31, 2016. Correspondence should include at minimum an NSF-appropriate biographical sketch; additional information, such as expected period of sabbatical and salary requirements, would also be useful. Responses will be collected and shared with the companies who indicated interest in hosting faculty researchers, who can then follow up directly with individuals. Through this process, APS hopes to foster more collaboration between academia and industry, and help its members reap the full benefits from these relationships. 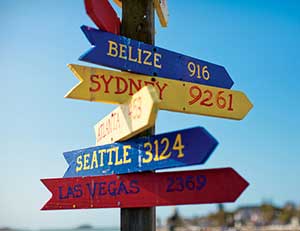 Tools for Career Advisors on the APS Careers Website