Construction of the Thirty-Meter Telescope (TMT), on Hawaii’s Mauna Kea mountain, has been stymied for months as protestors object to the desecration of what is a sacred site in Hawaiian culture. 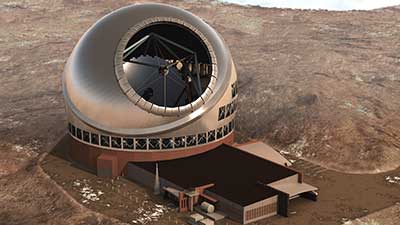 An attempt at restarting construction on Wednesday, June 24 failed after protestors blocked the road, and eleven protestors were arrested.

“We are currently working to find ways to enable the TMT project to proceed safely without putting workers, protestors and the general public at risk,” Hawaii’s Governor David Ige said in a statement on Friday, June 26.

The protest continues the objections to the $1.4 billion telescope that have been raised since the first attempts at construction began in April. Protestors have repeatedly blocked the roads leading up the mountain, and hundreds have taken to the streets of Honolulu.

Last month, in an attempt at compromise, Ige proposed that one quarter of the 13 previously existing telescopes on Mauna Kea should be shut down. “[W]e have not done right by a very special place and we must act immediately to change that,” he said.