One of the U.S. government’s highest scientific honors has been awarded to Andrea Alù at the University of Texas at Austin. 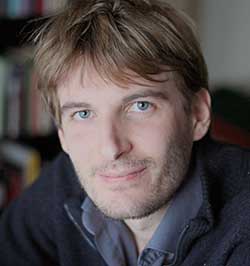 Photo: The University of Texas at Austin

In winning the National Science Foundation’s Alan T. Waterman Award, he will receive a medal and a research grant of $1 million spread over 5 years.

Alù’s research focuses on metamaterials — artificially patterned materials that exhibit a range of potentially useful properties, from high resolution optical systems to cloaking technology. "Dr. Alù's research is an example of the type of pioneering spirit the award seeks to identify. His research has already advanced our understanding of artificial materials and their wave interactions and promises to yield further significant results,” said NSF director France Córdova in a statement announcing the award.

The Waterman Award was established on NSF’s 25th anniversary in 1975 to recognize a young researcher under the age of 35 in a field of science supported by the foundation. Past winners have included Eric Cornell of JILA for his work on Bose-Einstein condensates, mathematical physicist Edward Witten, and particle physicist Roy Schwitters.

Alù received his PhD from the Roma Tre University, Italy, in 2007, carried out postdoctoral research at the University of Pennsylvania, and joined the University of Texas in 2009. He is a member of the American Physical Society, serves on the editorial board of Physical Review B published by the APS, and was recognized as an APS Outstanding Referee in 2014.