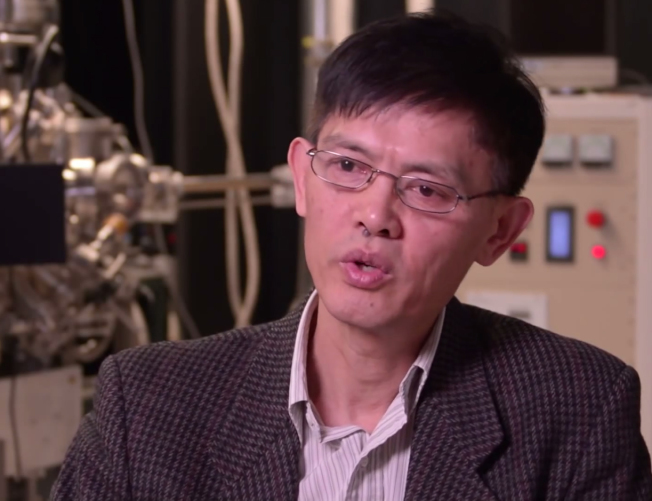 
Charges have been dropped against Temple University  physicist Xiaoxing Xi, who faced the possibility of 80 years in prison after his indictment on four counts of wire fraud in May. Xi, an expert in superconducting magnesium diboride thin films, stood accused of illegally sharing sensitive technology with China.

"I am relieved and really hope that this will [be] the end of a nightmare," says Xi, an APS Fellow and naturalized U.S. citizen originally from China. "Of course, the damage it has done, I don't know how long [it] would take for me to repair it."

In 2006, Xi signed a nondisclosure agreement with a company called STI, for a device he had purchased known as a Pocket Heater. The device is used to make thin films of magnesium diboride, which is superconducting below 39K. The indictment alleges that Xi, "repeatedly reproduced, sold, transferred, distributed, and otherwise shared the Device and the technology of the Device with and exploited it for the benefit of third parties in China, including government entities."

The government's case, Xi's legal team says, relied on a flawed understanding of the science and technology underpinning Xi's work. On August 21, Xi's legal team made a presentation to the government outlining problems with the case, and later provided them with a draft of a motion to  dismiss. "These weren't problems that made the case weak; these were problems that made the case against professor Xi nonexistent," says Peter Zeidenberg, Xi's lawyer.

According to Xi's team, the devices he shared with colleagues in China were not the STI Pocket Heater, but two different magnesium diboride heaters, including one of his own invention. That these were wholly different devices is confirmed by affidavits provided to APS News by Zeidenberg, including one written by Ward Ruby of Shoreline Technologies, a co-inventor of the Pocket Heater. Additional expertise that Xi offered to share with Chinese researchers, in emails presented as evidence in the case, was focused in another area of research entirely—oxide thin films, Zeidenberg says.

"What he was engaged in was routine academic collaboration," says Zeidenberg. Following the presentation, the government moved to drop the charges on September 11. The U.S. Attorney's Office in the Eastern District of Pennsylvania had no comment on the case.

Physicists' response to his indictment, Xi says, had been "overwhelmingly supportive." And although contact with his research group at Temple University has been limited since the indictment, he has been allowed to have video conferences with a few senior members. "I was told they have been working very hard... just to show me their support by producing more results, so I was very moved."

Still, Xi says the indictment has caused "serious damage" to his research. At the time of the indictment the group had been working on several manuscripts that Xi calls "groundbreaking." And with nine projects in his lab, funded by a variety of agencies, Xi is concerned about delays in his work funded by grants that are coming up for renewal. "If we cannot produce results obviously the renewal will be in doubt."

But worse still is the damage done to his reputation, he says. The fact that he was indicted may lead colleagues to assume that he has done something wrong, and he is worried about what funding agencies may think. "If I don't have a chance to clear my name, and try to repair my reputation, then it's damaged."

Xi maintains that he did nothing wrong in his collaborations with Chinese colleagues. Funding agencies encourage collaboration with other countries, he points out. And when asked if there was anything he would have done differently in hindsight, he responded, "absolutely nothing, because I have not done anything beyond the normal and the routine functions of a university professor."