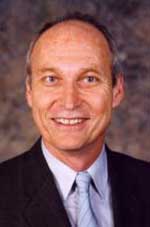 In response to the federal government shutdown, APS President Michael Turner has written a statement for the Record as part of a hearing held Oct. 11 by the Senate Committee on Commerce, Science and Transportation.  The hearing focused on the economic impacts of the government shutdown. Turner’s statement addressed the impact to the physical science community.  Such statements for the record are included in the official hearing record.

Turner noted that at least four Nobel laureates in physics have been furloughed because of their federal employment, and all 17 of DOE’s Office of Science national laboratories will begin shutting down as carryover money runs out.  More recent information indicates that they are all likely to shut down by Oct. 31. This means that nearly all lab employees will be furloughed and user facilities shut down, denying access to the 50,000 scientists around the country. Turner also noted the impact of the shutdown on graduate students like Laura Gladstone, whose work on the University of Wisconsin-Madison “IceCube” experiment is in jeopardy because of the shutdown of the National Science Foundation and its Antarctic program.

Alan Leshner, CEO of the American Association for the Advancement of Science (AAAS), underscored that the shutdown has added insult to injury to the scientific community; it has “already been hit very hard by the ‘sequester,’ which comes as an overlay on federal science budgets that already, pre-sequester, have been in decline.”  He added that “these realities are coming at the same time as other countries are dramatically increasing their research and development investments, in spite of similar economic conditions, responding to the clear relationship between a nation’s research capacity, its economic strength, and the well-being of its people.”

As negotiations between the White House and Congress drag on for a 15th day, the impacts on the scientific community will no doubt continue to multiply.