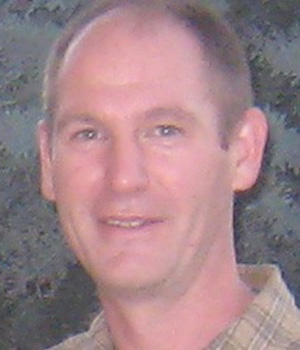 
Andrew MacKinnon received his B.Sc. in physics with laser science, from Heriot Watt University in 1988. From 1989-1991, he worked on the development of high power ND: glass lasers at the Atomic Weapons Research Establishment in the UK. He then joined the plasma physics group at Imperial College in London, and was awarded his Ph.D. in 1996. Andrew carried out his post-doctoral research at Imperial College, studying relativistic self-focusing and magnetic field generation in laser produced plasmas, using the Vulcan laser at the Rutherford Appleton Laboratory. Between 1999 and 2015, Andrew was an experimental physicist at Lawrence Livermore National Laboratory, studying the production and application of laser-driven MeV ions and the creation of high-energy-density plasmas by x-ray driven implosions. Between 2015 and 2017 he was the department head for the Matter in Extreme Conditions station at Linac Coherent Light Source at the Stanford Linear Accelerator National Laboratory, supporting high energy density experiments using high power optical and x-ray lasers. Andrew returned to LLNL in March 2017 to become a section leader at the National Ignition Facility at LLNL. He was awarded the Wallace Prize for best undergraduate research project while at Heriot-Watt University, and has been a visiting research fellow at Queen’s University in Belfast, and a visiting professor at the University of Strathclyde in Glasgow. In 2008, he became a fellow of the American Physical Society.