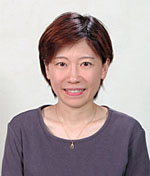 
"For her important contributions to theoretical astrophysics, particularly in the areas of relativistic evolution of density perturbations, testing of structure formation models with massive neutrinos, and the clustering and dynamics of dark matter halos around galaxies."


Chung-Pei Ma received both her undergraduate and Ph.D. degrees in physics from the Massachusetts Institute of Technology (1987, 1993). While studying particle physics and theoretical cosmology with Alan Guth and Edmund Bertschinger at MIT, she was enrolled in the New England Conservatory of Music in Boston for violin performance classes. She was a prize fellow at the California Institute of Technology (1993-1996) and an Assistant and Associate Professor of Physics Astronomy at the University of Pennsylvania (1996-2001). She recently joined the astronomy faculty at the University of California at Berkeley.

Ma's primary research interests are dark matter, the cosmic microwave background, and the large-scale structure of the universe. Among the topics she has studied include the properties of neutrinos and dark energy and their impact on structure formation; constraints on dark matter from high redshift universe; determination of galaxy and dark matter distributions with redshift surveys and gravitational lensing; and construction of analytical models for the nonlinear regime of gravitational clustering.

Among the honors Ma has received are the Annie J. Cannon Award in astronomy, an Alfred P. Sloan Foundation Fellowship, a Cottrell Scholars Award, and the Outstanding Young Researcher Award from the Overseas Chinese Physics Association. She was also a recipient of the Lindback Award for Distinguished Teaching at the University of Pennsylvania, and the first prize winner in the Taiwan National Violin Competition in 1983.