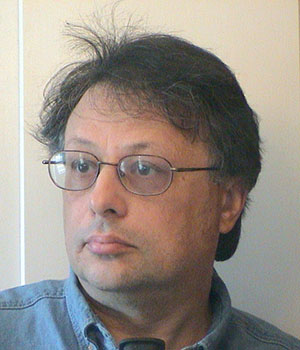 
"for his pioneering contributions to the understanding of strongly interacting matter under extreme conditions, and for establishing the foundations of the theory of quark-gluon plasma and its hydrodynamical behavior."


Edward Shuryak was born in Odessa, Ukraine, and graduated from Novosibirsk University in 1970 with a dual degree in physics and mathematics. Under the supervision of S.T. Belyaev Shuryak received his Ph.D. in 1974 from the Budker Institute of Nuclear Physics where he continued on as a researcher while simultaneously teaching at Novosibirsk. He became a full professor in 1982, the year in which he also gave the first series of lectures at CERN about quark-gluon plasma, a new form of matter the name of which he proposed. In 1989 he became the leader of the Nuclear Theory Group at the State University of New York, Stony Brook where in 2004 he became a distinguished professor. He is the author of approximately 350 papers which in total have been cited nearly 30,000 times; four of these papers have been cited more than 1,000 each, and six have been cited more than 500 times each. Shuryak is a 2004 recipient of the Dirac medal, from University of New South Wales, Sydney, and the 2005 Humboldt Prize. He is a fellow of the American Physical Society.