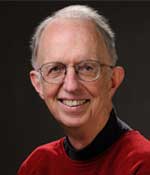 Professor Beier has studied neutrino interactions and properties for the past thirty years.  He has been involved in experimental work on neutrinos at Brookhaven National Laboratory, the Kamiokande II experiment, and the Sudbury Neutrino Observatory.  Current work seeks
to determine if neutrinos are their own antiparticles through a search for neutrinoless double beta decay.

Professor Beier is co-winner of the Bruno Rossi Prize of the American Astronomical Society, a Fellow of the American Physical Society and Past Chair of the Society's Division of Particles and Fields, and a John Simon Guggenheim Foundation Fellow.