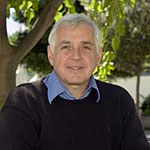 
Dr. Tabak received his S.B. in 1970 from the Massachusetts Institute of Technology in Physics and his Ph.D. from the University of California, Berkeley in 1975 in experimental high energy physics . He followed this work with post-doctoral training in elementary particles at the Weizmann Institute of Science and at Carnegie Mellon University. Since 1980, Dr. Tabak has been associated with Lawrence Livermore National Laboratory and is now a group leader in the Defense and Nuclear Technology Department as well as Associate Program Leader for Inertial Fusion Target Design in the Fusion Energy Program. He is a Fellow of the American Physical Society. He received the Teller Medal of the American Nuclear Society in 2005. He is currently a Teller Fellow at Lawrence Livermore National Laboratory.

Dr. Tabak has broad experience in inertial fusion and has made contributions in a number of areas including implosion hydrodynamics , radiation transport and ICF target design. He was a member of the HALITE team that put to rest fundamental questions about the basic feasibility of achieving high gain in laboratory experiments. He led teams that produced early designs for the distributed radiator target for heavy ion fusion and the Z-pinch driven hohlraum target. He was the lead inventor of the Fast Ignition concept and continues to contribute to its theoretical development. His current research involves designing optimized implosion systems and reducing ignition laser requirements for Fast Ignition.