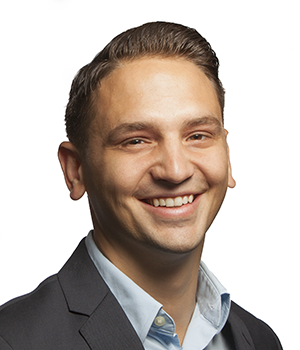 
Nicholas D. Brubaker grew up in Lancaster, Pennsylvania, and did his undergraduate work at the nearby Millersville University, graduating with a B.Sc. in mathematics in 2008. In 2013, he earned a Ph.D. in applied mathematics from the University of Delaware under the supervision of John A. Pelesko and then spent three years in Tucson, AZ doing postdoctoral work at the University of Arizona, with Joceline Lega, before becoming a professor in the mathematics department at California State University, Fullerton (CSUF). At Delaware and Arizona, Nicholas obtained support from the NSF via their prestigious graduate and postdoctoral fellowship programs to work on geometric problems related to static self-assembly. He has since continued that work at CSUF while also exploring the behavior of self-organizing systems composed of active agents and the structure of bifurcations arising in problems for minimal and constant mean curvature surfaces. For his contributions as a faculty member at CSUF, Nicholas was recognized as an Advisor of Distinction in 2020 and received the college-wide Outstanding Untenured Faculty Member award in 2022.