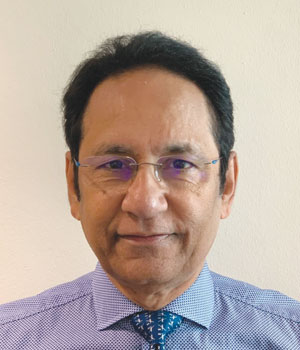 
"For invention and commercialization of the pulsed laser deposition process and for sustained leadership in academic entrepreneurship."


Prof. T. Venkatesan is currently the Director of the Nano Institute at the National University of Singapore (NUSNNI) where he is a Professor of ECE, Physics, MSE and NGS. He wore various hats at Bell Labs and Bellcore before becoming a Professor at University of Maryland. As the inventor of the pulsed laser deposition (PLD) process, he has over 760 papers and 30 patents and is globally among the top one hundred physicists (ranked at 66 in 2000) in terms of his citations (Over 43,800 with a hirsch Index of 109 - Google Scholar). He has graduated about 50 PhDs, 35 Post Docs and over 35 undergraduates. He is also the founder and Chairman of Neocera, a company specializing in the area of PLD and magnetic field imaging systems. Close to 10 of the researchers (PhD students and Post Docs) under him have become entrepreneurs starting over 17 different commercial enterprises. He is a Fellow of the APS, winner of the Bellcore Award of excellence, Guest Professor at Tsinghua University (China), Winner of the George E. Pake Prize awarded by American Physical Society (2012), President’s gold medal of the Institute of Physics Singapore, Academician of the Asia Pacific Academy of Materials, Fellow of the World Innovation Forum, was a member of the Physics Policy Committee (Washington DC), the Board of Visitors at UMD and the Chairman, Forum of Industry and Applications of Physics at APS. He was awarded the outstanding alumnus award from two Indian Institute of Technologies- Kanpur (2015) and Kharagpur (2016), India. He has launched two companies in Singapore, Breathonix and Cellivate. He got his BSc (Hons) in Physics - IIT Kharagpur (1969), MS (Physics) - IIT Kanpur (1971) and PhD (Physics) - CUNY and Bell Labs (Murray Hill).