Nuclear physicist Michael Thoennessen has been selected to become APS Editor in Chief on September 1, 2017. Currently an Associate Director of the Facility for Rare Isotope Beams (FRIB) at Michigan State University (MSU) in Lansing, Michigan, and University Distinguished Professor of Physics at MSU, he was appointed following a vote of the APS Board of Directors on June 16.

"It is a great privilege and responsibility to serve as Editor in Chief of APS," said Thoennessen. "I am excited about the opportunity to work with the outstanding editors and staff at Ridge to shape the future of the Physical Review journals." Thoennessen will partner with APS Publisher Matthew Salter to take the journals through future challenges and opportunities.

Thoennessen received his Diploma from the University of Cologne in 1985 and obtained his Ph.D. in experimental nuclear physics from the State University of New York in Stony Brook in 1988. He joined the MSU physics faculty in 1990 and was named Associate Director of FRIB in 2015. FRIB is a $730 million user facility funded by the U.S. Department of Energy for nuclear science and is slated for completion in 2020. From 2004 to 2016, he was Supervisory Editor of the journal Nuclear Physics A.

"Michael Thoennessen has a broad knowledge of physics, extensive leadership experience, and the ability to work well with others. He is forward-thinking, especially regarding the future of our journals," said Caltech professor of physics and 2011 APS President Barry Barish, who chaired the search committee. "We are very fortunate to have attracted him to become our next Editor in Chief."

"I’m very pleased that Michael Thoennessen will become our next Editor in Chief and will be joining the APS Senior Management Team," said APS CEO Kate Kirby. "His past leadership experience in publishing, his engagement with APS programs in education and diversity, and his service in many capacities, including as Chair of the APS Division of Nuclear Physics, provide him with valuable perspectives and a deep understanding of APS."

"I am delighted that Michael has accepted this position and the Board's vote was unanimous," said 2017 APS President Laura Greene. "I know the challenges, especially in this rapidly changing publishing landscape, having personally spent more than a decade as editor in chief of Reports on Progress in Physics," she said. "Michael has had a great deal of experience in this area, and in working with professional publishers." 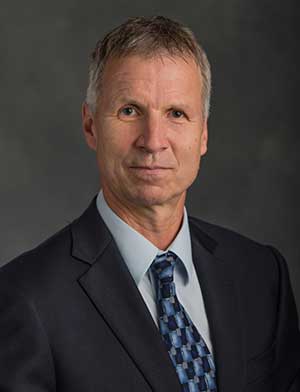