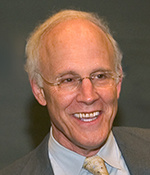 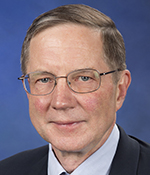 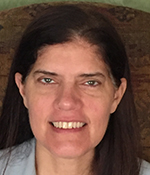 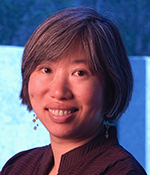 The polls have closed and the 2016 APS general election results are tallied for the candidates who will begin their terms on January 1, 2017. David J. Gross of the University of California, Santa Barbara, has been elected the new APS Vice President; 3 other candidates will fill the roles of Chair-Elect, International Councilor, and General Councilor.

David J. Gross of the University of California, Santa Barbara (UCSB), has been an APS member for over 50 years. A central figure in particle physics and string theory, Gross took part in a crucial discovery leading to the formulation of quantum chromodynamics (the theory of strong nuclear force), earning him the 2004 Nobel Prize in Physics. Previously the Director of the UCSB Kavli Institute for Theoretical Physics, he now serves as the Chancellor’s Chair Professor of Theoretical physics at UCSB. Having garnered a large collection of international honorary degrees, prizes, and fellowships, Gross hopes to continue and strengthen the role of international collaboration to support the work of APS and its journals.

The new Chair-Elect of the nominating committee is David Meyerhofer of Los Alamos National Laboratory (LANL). Currently the Chair of the APS Division of Plasma Physics (DPP), Meyerhofer is actively involved in high energy density physics and plasma physics, serving as the Physics Division Leader of the LANL Experimental Physical Sciences (ADEPS). Before taking his role at LANL, he spent 28 years at the University of Rochester as professor of physics and mechanical engineering, in a variety of management positions at the Laboratory for Laser Energetics in Rochester, New York.

Marta Losada of Universidad Antonio Nariño (UAN), Colombia, was chosen as International Councilor. Serving as the president of UAN since 2010, Losada is actively involved in higher education, having served as Commissioner of CONACES Engineering, Architecture, Mathematics and Physical Sciences section of the Colombian Ministry of Education and Research Policy from 2006 to 2009. Her work in high-energy physics took Losada to CERN as a postdoctoral fellow from 1997 to 1999, leading her to chair the organization of the CERN — Latin America School of High Energy Physics in its arrival to Colombia in 2009.

Andrea Liu of University of Pennsylvania was elected the new General Councilor. As a condensed matter theorist, Liu conducts research in several areas, focusing on the role of physics in other scientific disciplines, such as physical chemistry, chemical engineering, and materials science. Named the Hepburn Professor of Physics at the University of Pennsylvania in 2004, Liu is known for her exceptional work with soft matter, developing the field of jamming, which re-defined the concepts of rigidity in disordered solids.