Being a Scientist in the American Economy: It’s Not What You Think

“You have a degree in what?” I get that question frequently because I work in the construction business, and no one expects that I have a bachelor’s in physics. As federal lawmakers iron out details of the fiscal year 2018 budget, they should keep in mind that science deserves strong support, since it trains people like me for so many different careers that propel the American economy.

Myths abound when it comes to science and career options; let me shatter four of them.

First, we’re not who you think we are. The vast majority of us with bachelor’s degrees in physics don’t work in universities—60 percent of us work in the private sector. And that’s true of all science degree holders. We’re not in ivory towers at gated universities. Instead, we’re in construction, agriculture, and manufacturing. We develop and build for this country. So, the next time you see someone in a hard hat, remember that person might be a scientist. 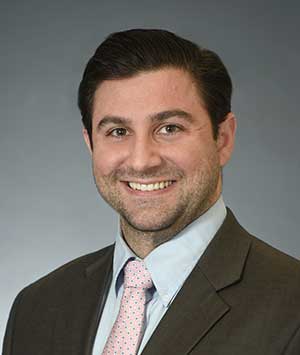 Second, science degree holders are not all super geniuses. Maybe you’ve watched the “Big Bang Theory,” and you think we’re all Sheldon Cooper. I have a passion for science, but the similarity stops there. We don’t all ace high school calculus. The fact is, science is open to being pursued by anyone who has the desire and interest.

Third, my interest in science wasn’t a temporary enthusiasm. I didn’t look back on my life and say: “Whew, I’m glad I got that out of my system.” Instead, during high school, I honed my electrical skills while working for a master electrician in Silver Spring, Maryland. Later, at his urging, I took the exam to also become a master electrician. My physics degree came in handy while studying for that test. I recall having a good understanding of calculations, including the physical factors that play a part in them, as well as the importance of wire conductivity.

While working as an electrician, my science background was crucial to understanding LEDs (light-emitting diodes), including how to wire them and deal with their limitations. I also comprehend the wavelength of light that LEDs emit and how it differs from an incandescent bulb.

My interest in science never dimmed. Today, I work at Cooper Construction Services in Frederick as an estimator, a person who consults with clients to determine general construction costs. And my physics degree keeps paying dividends through critical-thinking skills and the comprehension of spreadsheets and budgets.

So, like many in my generation who graduated from college in 2008, I haven’t followed a straight and predictable career path. In an increasingly competitive economy, having a background in science is worth every nickel. For example, the unemployment rate of science degree holders is just a few percent, and the jobs we fill have competitive starting salaries. Compare that to film study majors who have unemployment rates near 13 percent.

The employment success in science is easily explained, and it shatters the last myth.

A science degree doesn’t close doors; it throws them wide open. I didn’t know where I would end up, but I knew that a science degree would take me there. I’m a proud graduate of the University of Maryland, and I knew that my degree in physics wasn’t going to narrow my options. Instead, I knew that I’d learn the problem-solving skills and practical laboratory nuts-and-bolts that would open up a range of career paths.

I have the federal government to thank for making a lot of this possible. The University of Maryland provides one of the country’s best programs in physics, in part, because it has a research environment supported by the National Science Foundation, the National Institute of Standards and Technology, and the Office of Science at the Department of Energy. The federal funding of science enables students to participate in undergraduate research opportunities that prepare them for the diverse career opportunities ahead.

As President Trump and Congress finalize the federal budget, and as parents and students make decisions on schools and majors, remember that science is a sure-fire way to diverse employment paths. Career opportunities abound. The pay is great. And the rewards are long lasting.

The author is an estimator at Cooper Construction Services in Frederick County, Maryland. Opinions expressed are solely the author’s and not those of his employer or of APS.

For information about APS efforts to support science funding, visit the website of the Office of Government Affairs. For more information on careers for physics graduates, visit the APS Careers page and the APS Industrial Physics page.