The eminent physicist Roger Penrose won the 2020 Nobel Prize in Physics “for the discovery that black hole formation is a robust prediction of the general theory of relativity,” sharing the prize with Reinhard Genzel and Andrea Ghez, “for the discovery of a supermassive compact object at the center of our galaxy.” But the rough concept of a black hole dates back to the 18th century, before Albert Einstein had even formulated his general theory of relativity and before Penrose's discovery in 1965.

British astronomer John Michell wrote a foundational paper in November 1783, later published in the Royal Society’s journal, that was the first to speculate on the existence of black hole-like objects. His intent was to discover a useful method to determine the mass of a star. He thought he could measure how much the speed of light was reduced by passing light from a star through a prism; it ought to be deflected differently because of the reduced energy. He could conceivably compare the refracted images of different stars to determine the difference in their surface gravity, and from that, calculate their respective masses.

Michell understood the concept of escape velocity and that this critical speed would be determined by the mass and size of the star. He pondered what would happen if a star were so massive, and its gravity so strong, that the escape velocity was equivalent to the speed of light. He concluded:

“If the semi-diameter of a sphere of the same density as the Sun in the proportion of five hundred to one, and by supposing light to be attracted by the same force in proportion to its [mass] with other bodies, all light emitted from such a body would be made to return towards it, by its own proper gravity.”

This would render that star invisible to astronomers. He thought there could be many such objects in the universe, undetectable because they emitted no light. Michell also speculated that the motion of binary star systems could help scientists indirectly detect these “dark stars.”

Some 13 years later, French polymath Pierre Simon LaPlace independently came to a similar conclusion. In his 1796 treatise, Exposition du Systeme du Monde, he specifically considered the case for a star four times the density of the Sun and provided an explicit mathematical formula for Michell’s “dark star” hypothesis. 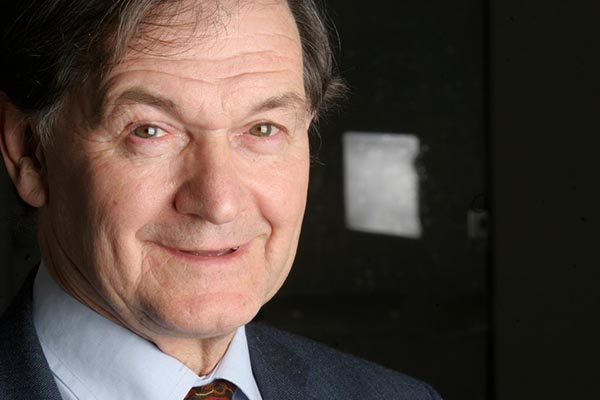 Over 100 years later, Albert Einstein developed his general theory of relativity, revolutionizing our understanding of spacetime and gravity, thereby opening up an entirely new realm of theoretical possibilities. Physicists began exploring those possibilities almost immediately, most notably Karl Schwarzschild, who was then serving at the front during World War I. While sheltering from heavy gunfire, Schwarzschild found himself fiddling with different solutions to Einstein’s field equations, eventually discovering a point where those equations “blew up.” This work was an early mathematical description of what we now know as a black hole. (Robert Dicke is credited with coining the term in 1960, although it was John Wheeler who popularized it.)

For several decades afterwards, physicists largely considered black holes to be purely theoretical exotic objects, rather than something that might actually exist in the universe. Granted, in the 1930s, J. Robert Oppenheimer and Hartland Snyder mathematically demonstrated that a massive star could collapse to form a black hole. They concluded in a 1939 paper that the a black hole would close “itself off from any communication with a distant observer; only its gravitational field persists,” they concluded in a 1939 paper.

But most of the solutions assumed idealized perfectly symmetrical stars and black holes. The actual universe is much messier. The discovery of quasars in 1963 shifted the conversation substantially, as physicists came to realize that the likeliest source of radiation from the brightest known objects in the universe was matter falling into a massive black hole.

Enter Penrose, who was drawn to the challenge of figuring out a realistic mechanism by which black holes might form. Penrose opted for what was then a rather radical approach: he ignored the detailed geometrical structure of space time and focused his attention on the topology of space.

His breakthrough insight occurred during a walk through London. Penrose imagined what he called a “trapped surface”: a closed, two-dimensional surface that directed all light rays to an infinitely dense center. This describes what we now call the black hole’s singularity. He also used his eponymous Penrose diagrams (among other tools) to show that once such a trapped surface had formed, under general relativity, the collapse toward the singularity is inevitable. The result was a January 1965 paper in Physical Review Letters entitled “Gravitational Collapse and Space-Time Singularities.”

Four years later, Penrose came up with his “weak cosmic censorship” conjecture, followed by his “strong cosmic censorship” hypothesis in 1979, which is still widely regarded as one of the most significant unresolved challenges in theoretical physics. The gist: a black hole’s singularity could not be “naked”; it had to be confined and forever hidden behind the veil of the event horizon. There would, however, be a visible, strongly curved (though finite) exterior region.

Penrose even figured out a complicated process (now called the Penrose process) by which some of a rotating black hole’s gravitational energy might be extracted. Specifically, spacetime is dragged along with the black hole’s rotation, producing a dramatic effect because of the strong gravitational forces involved. There is an “ergosphere” just outside the event horizon, and any observer within it will be carried along with the rotation too.

Penrose imagined shooting a projectile into the ergosphere, splitting it in half. One half falls into the black hole, and the other escapes. This process could produce an escaping half with a greater total energy than the original projectile, which could then be extracted from the black hole. Roger Blandford and Roman Znajek later used this insight to build their own realistic model of how to generate power with a rotating black hole.

No longer merely exotic objects existing primarily in theory, black holes continue to fascinate physicists and spur both theoretical and experimental breakthroughs. As recognized by the Nobel committee, Genzel and Ghez discovered the existence of a supermassive black hole at the center of our galaxy, helping to bring black holes to life outside of theory.