After David Somers participated in an APS Congressional Visit Day four years ago, he longed to learn more about science policy following positive responses he received from congressional staffers on Capitol Hill.

“The congressional staffers were receptive to our pitches to launch a study by the National Academy of Sciences to study diversity initiatives in STEM education and other projects,” recalled Somers.

A year later, he took a science policy class, taught by two former members of the President’s Council of Advisors on Science and Technology, including APS President-Elect S. Jim Gates Jr. who is the Ford Foundation Physics Professor and Affiliate Mathematics Professor at Brown University. Somers said the class furthered his understanding of the role of science in policymaking.

“In this class, I learned how science is distilled and delivered to policymakers, as well as how it is sometimes wholly ignored,” he remembered.

Fast forward to 2020, and Somers has been selected as the 2020-21 APS Congressional Science Fellow.

“My goal is to help bridge the gap between scientific understanding and fact-based policymaking,” said Somers, who earned his PhD in physics from the University of Maryland at College Park (UMD). “On many issues faced by society, we have more than enough scientific certainty to make rational decisions.” 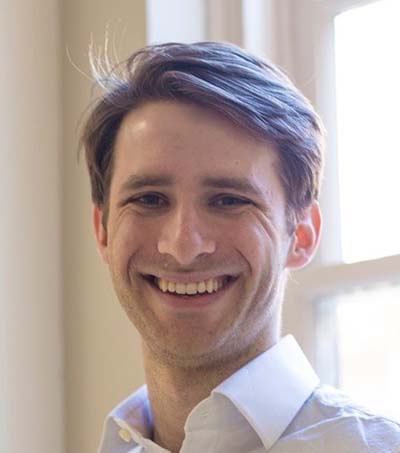 Sponsored by APS under the umbrella of the American Association for the Advancement of Science (AAAS) Science & Technology Fellowships, the aim of the Congressional Science Fellowships is to provide a public service by making available individuals with scientific knowledge and skills to members of Congress, few of whom have technical backgrounds. In turn, the program enables scientists to broaden their experience through direct involvement with the policymaking process.

Fellowships are for one year, typically running September through August. Following a two-week orientation in Washington, DC, sponsored by AAAS, incoming fellows become acquainted with their new work environment. After interviews on Capitol Hill, Fellows choose a congressional office where they would like to serve.

Somers brings to the fellowship a diverse background of work experience, including time spent as a consultant at the Boston Consulting Group.

“I have helped deploy long-term strategies for companies to survive in an increasingly digital economy, which often involves facing hard truths and making tough decisions ” said Somers “In many of these cases, the client knew what had to be done, but did not have the resources to make it happen. I believe that our policymakers face similar challenges. There is no shortage of great ideas; the hard part is buckling down and getting something done.”

With a commitment to solve problems, Somers is poised to make a positive difference on Capitol Hill.

“My ability to drive meaningful impact would serve me well as a staffer to a congressperson trying to push out policies that benefit society, all under intense political and time pressures,” he said.

Besides his role as a consultant, Somers has experience with the federal government, where he helped to navigate a difficult political landscape to track spending and identify savings opportunities.

“Under the guidance of Jeremy N. Munday (former electrical and computer engineering professor at the UMD), the core of my dissertation research was a solo mission to solve a single, decades-old problem. Our research group focused on interactions between light and matter, and in particular, on the Casimir effect, which is an electromagnetic force that arises between uncharged objects,” he explained.

Munday, who now works as an electrical and computer engineering professor at UC Davis, said Somers is a good choice for the fellowship.

“David was an excellent student, and I believe he is very well-suited for a career in science policy. He is a critical thinker, writer and communicator – skills that are highly desirable for this position,” said Munday.

“David’s commitment to excellence and his brilliance in problem solving would be a tremendous and much needed asset to our country,” he said.

Mark Elsesser, Associate Director of the APS Office of Government Affairs (APS OGA), said Somers’ “impressive research and work experience, as well as his sharp focus on using his scientific ability to impact policy decisions, will enable him to make a meaningful contribution on Capitol Hill.”

“It is a tremendous benefit to congressional offices to have the expertise of scientists working alongside them to tackle some of our nation’s most pressing challenges in areas ranging from energy to health to education to national security,” he said.

The author is the Senior Press Secretary at APS.