Letter to the Editor: First Woman to Race in the Indy 500

"I enjoyed Dan Pisano’s article on physics-related careers in motorsports. Relatedly, one of our past BS-Physics graduates from the University of Michigan, Janet Guthrie, was awarded an honorary doctorate at a commencement ceremony last year, sponsored by the UM Physics Department. Guthrie was a pioneering Indy/Nascar/SCCA woman race car driver. Drag racing has also become much more diverse, with many more minorities and women as top drivers, and the field is more technical than many realize."

Editor’s note: Janet Guthrie indeed made history: In 1977, she became the first woman race car driver to qualify for and start in the Daytona 500 and Indianapolis 500. She earned her bachelor's degree in physics and worked as an aerospace engineer. Breaking gender norms—and using physics—on and off the racetrack! 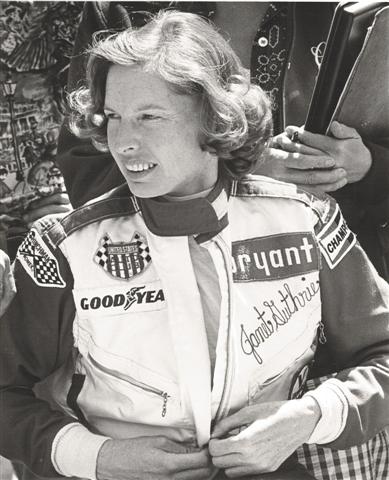 Janet Guthrie, the first woman to compete in the Indianapolis 500 and Daytona 500.