Due to the COVID-19 pandemic placing economic stressors on institutions of higher education, physics departments across the country have become worried about significant budget cuts or even permanent closure. Financial pressure on physics departments isn’t a new phenomenon, in part due to a post-2008 trend of state governments disinvesting from public institutions, but as the pandemic exacerbates existing conditions, many institutions are looking for a way forward. 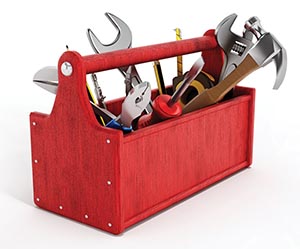 The ALM session also marked a formal introduction of the APS Toolkit for Departments Under Threat, an online resource for physics departments facing immediate risks of closure or significant defunding. The Toolkit, co-authored by Lannert and Jim Borgardt (Juniata College), is a fast-tracked project to address critical challenges facing physics departments.

Launched in conjunction with the new Effective Practices for Physics Programs (EP3) guide (See APS News, February 2021), the Toolkit describes actions leadership in crucially at-risk departments can take on three timescales—immediately, in the next six to twelve months, and in the next three years—to increase enrollments and support their institution's mission. The Toolkit also encourages positive communications among participants and emphasizes the need for quantifiable metrics.

During the ALM session, each panelist made introductory comments, presenting information on various challenges physics departments are currently facing and strategies they have employed at their own institutions. Following opening remarks, the panelists accepted audience questions, before breaking out into seven different virtual discussion rooms, organized around topics such as institutional review and improving departmental culture.

To start the session, Birgeneau discussed the economic factors that have resulted in destabilized physics departments, beginning with state governments divesting from public institutions, some cutting funding by 25 to 30 percent. According to Birgeneau, many institutions expected to have their budgets restored but were never raised to the same level of funding, and a resulting freeze in university tuition, without dedicating resources to low-income students, has created issues. He also stressed the importance of physics education and research playing a core role in the quality of STEM teaching overall.

Lannert then presented data collected by the EP3 project that had helped to spur the creation of the Toolkit. Even before COVID-19, almost half of US physics departments have at some point faced some kind of threat—be it significant funding cuts or closure. In response to this report, APS has launched both EP3—a project to improve physics departments by building on research and community knowledge—and the Toolkit for Departments under threat. The Toolkit is a targeted, strategic tool, created with the help of 50 department chairs and administrators at range of institutional types.

For inspiration on what a thriving physics department looks like, Rockward described what he calls the C.A.R.E approach, with each letter corresponding to several goals: C for community, climate, and collaborations; A for awareness, administration, alumni, and appreciation; R for recruitment, retention, research, and rewards; E for EP3, entrepreneurship, and enthusiasm. Enthusiasm, he says, is critical in thriving departments, with excitement for physics driving interest from students and support from the surrounding academic community.

Dubson, who comes from one of the largest physics departments in the country with close to 600 physics majors, described the systems in place within the department to place a value on teaching. Tenure track faculty and instructors rotate through teaching as many courses as possible, with instructors usually taking on freshman lectures and course development projects. He also described how his department has remained a thriving one, despite freshman enrollment being down this year due to COVID.

Pitts then offered what he called a campus perspective on the budgetary constraints that Birgeneau introduced. Since every department on campus faces the same squeeze from reduced budgets, Pitts advises ensuring that a department’s goals align with an institution’s goals and priorities. He also says that campus leadership responds well to a department doing their own prioritization of needs and demonstrating efficiency—creative ways to cut costs without cutting jobs.

After their opening remarks, the panelists took questions on a variety of topics, from how to implement lessons learned during the current period of online instruction to ways of making physics more attractive to incoming students. Session attendees were then able to interact more closely with the speakers and other experts in small-group breakout rooms, choosing whichever topics were most useful. The breakout rooms also enabled brainstorming and sharing of ideas and resources among participants, using their broader community to strengthen their home departments.

Recordings of this and other sessions at the Annual Leadership Meeting are available at aps.org/meetings/Leadership. Resources for creating a thriving physics department are also available at EP3guide.org and EP3guide.org/toolkit.